JOHANNESBURG (Reuters) – South Africa will field an unchanged starting side when they play New Zealand in their final Rugby Championship match in Soweto on Saturday.

New Zealand sealed the inaugural championship title with their 54-15 victory over Argentina on Saturday. South Africa are second in the table, nine points behind.

Fullback Zane Kirchner (hip), flyhalf Johan Goosen (heel), prop Jannie du Plessis (stiffness) and flank Willem Alberts (hip) rested injuries during training this week but Meyer said he was confident the problems would not disrupt the first unchanged starting XV he has been able to name all year.

“I’m positive everyone will be fit, most of them trained well this morning,” he said.

“We’ve been hit hard by injuries this year, but thanks to the great work done by our medical team we’ve managed to sort out a few of the niggles left over from the Wallaby match.”

Oosthuizen injured his neck when he made his test debut against England in June and has played just 35 minutes of rugby since then, appearing for the Free State Cheetahs in the Currie Cup.

The 23-year-old looked set to make his international return last weekend when Meyer named him on the bench, but he was withdrawn from the squad later in the week due to concerns he had not fully recovered.

Oosthuizen consulted a neurosurgeon on Tuesday and was given the all-clear.

“Our players are our greatest assets and I’m happy to have Coenie available again this weekend,” Meyer said. “We will always consider the players’ welfare first, which is why we decided to get several opinions on Coenie’s neck.”

The 20-year-old Goosen again starts at flyhalf, and Meyer said it would be a tough challenge for the youngster to face the world champions in just his second start at pivot.

“The New Zealand back three are superb, especially the way they read the game, and they’re very good under the high ball,” he said.

“So it’s not going to be easy for Johan to kick tactically against them, it’s going to be a tough learning curve for him.

“He will improve, though, as he gains experience, and he’ll get better at seeing space.”

Meyer warned that even though playing at Soccer City Stadium in front of 90,000 fans, and at altitude, would help the South Africans, they would still need to be near-perfect in their execution in order to beat the All Blacks.

He said: “It’s a great stadium and it’s great to be on the highveld, that helps. But the All Blacks are a quality side, they know how to win even when they don’t play well and they have the mindset that they can win away because they’ve done it so many times.

“If we’re going to beat them, we have to kick at an 80%-plus success rate, we have to convert our pressure into points, defend unbelievably and take every chance. The players have to pitch up, be mentally strong and physically tough.”

Soccer City was the venue for the 2010 soccer World Cup final and was where fullback Israel Dagg scored a long-range try to snatch a last-gasp 29-22 victory for New Zealand over South Africa later that year.

“I am sure the All Blacks will come out blazing because maybe they underestimated us a bit in Dunedin (in September) after we had struggled in the first half of the year,” Meyer said.

“They won’t do that again, and they looked back at their best against Argentina. I am sure their confidence will be high.” 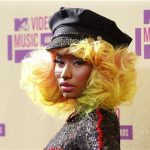 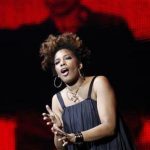 Me and My Money: Macy Gray 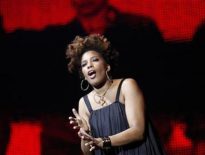 Celebrity Me and My Money: Macy Gray 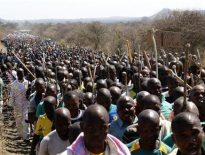