(Reuters) – Roger Ebert, who was the first film critic to win a Pulitzer Prize and became an unlikely TV star while hosting a movie review show with fellow critic Gene Siskel, died in Chicago on Thursday, two days after he disclosed his cancer had returned. 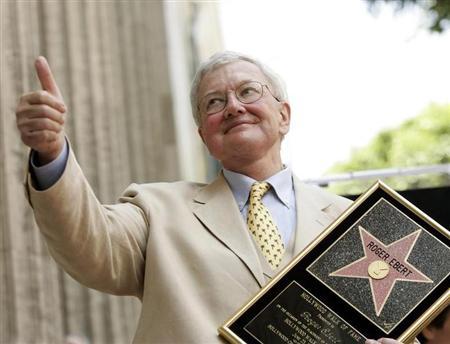 Movie critic Roger Ebert gives the thumbs-up after receiving a star on the Hollywood Walk of Fame in Hollywood June 23, 2005. Ebert passed away Thursday, according to the Chicago Sun-Times. REUTERS/Mario Anzuoni

“It is with a heavy heart we report that legendary film critic Roger Ebert (@ebertchicago) has passed away,” the Chicago Sun-Times, the newspaper where Ebert, 70, worked for decades, said on Twitter.

“There is a hole that can’t be filled. One of the greats has left us,” the newspaper added.

Ebert, who was dubbed by Forbes magazine in 2007 as the most powerful pundit in America, was one of the mostly widely read U.S. movie critics, known for more than 40 years of insightful, sometimes sarcastic and often humorous reviews.

“For a generation of Americans – and especially Chicagoans – Roger was the movies,” President Barack Obama said in a statement. “When he didn’t like a film, he was honest; when he did, he was effusive – capturing the unique power of the movies to take us somewhere magical.”

Ebert’s reviews appeared in more than 200 newspapers and in 1975 he won the Pulitzer Prize for Criticism, the first film critic to do so. But his most visible role was as one of the hosts of a popular television movie review show with Gene Siskel, a reviewer from the rival Chicago Tribune.

The program began airing in the 1970s on a Chicago public television station and eventually ran nationally under various names, including “Siskel & Ebert.” The sometimes sparring pair later trademarked their “Two thumbs up!” seal of approval for movies.

After Siskel died in 1999 at age 53 due to complications from surgery for a brain tumor, Ebert teamed with critic Richard Roeper on another movie review show. He later left the program for health reasons.

Ebert lost his ability to speak and eat after surgeries for thyroid and salivary gland cancer in 2002 and 2003 and again in 2006.

But it did not stop him from working.

On Tuesday, Ebert had posted a blog entry saying he was taking a “leave of presence” and scaling back his work after doctors diagnosed his cancer had returned. He said it was discovered by doctors after he fractured his hip in December.

“The ‘painful fracture’ that made it difficult for me to walk has recently been revealed to be a cancer,” Ebert said in the blog posting, giving no further details about the type of cancer or diagnosis.

“I am not going away,” he added. “My intent is to continue to write selected reviews … What’s more, I’ll be able at last to do what I’ve always fantasized about doing: reviewing only the movies I want to review.”

News of Ebert’s death provoked an outpouring of tributes on Twitter.

Millions of thumbs up for you,” wrote documentary filmmaker Michael Moore, referring to his catchphrase. Comedian Steve Martin tweeted: “Goodbye Roger Ebert, we had fun. The balcony is closed.”

“Rest in Peace, Roger. You were simply the best,” wrote “Jaws” actor Richard Dreyfuss on Twitter.

Born on June 18, 1942, in Urbana, Illinois, south of Chicago, Ebert attended the University of Illinois and was editor of the school newspaper, the Daily Illini. From 1958 until 1966, he worked at the News Gazette in Champaign-Urbana, where he had snagged a job as a sportswriter at the age of 15, then moved to the Chicago Sun-Times in 1967.

Along with film criticism, Ebert authored several books on movies and filmmakers, including 1980’s “Werner Herzog: Images at the Horizon,” about the famed director, as well as titles like “I Hated, Hated, Hated This Movie,” in 2000.

He even co-wrote the screenplay for the 1970 film “Beyond the Valley of the Dolls.

But it was reviewing movies that Ebert loved most and he was prolific at cranking out criticism. In print, his reviews were voluminous and omnivorous, reflecting an encyclopedic knowledge about and appetite for the genre.

He liked to say he would go out of his way to review foreign films, documentaries and little-known independent movies that other critics passed on, and he cranked out hundreds of reviews and essays annually.

Ebert’s earlier bouts of cancer cost him his lower jaw. He communicated through notes and a mechanized voice as well as on the Internet, but he could not eat normally and received nutrition through a tube.

“I can remember the taste and smell of everything, even though I can no longer taste or smell,” he told a New York Times interviewer in 2010, when Ebert published a cookbook, “The Pot and How to Use It.”

“The jokes, gossip, laughs, arguments and shared memories I miss,” he wrote of missing out on the talk at table. 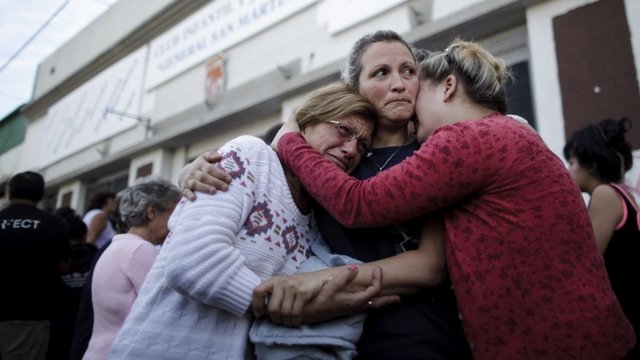