Lady Gaga has reacted to recent criticism claiming she’s gained weight by telling fans “I am proud at any size”.

“I am not going to go on a psycho-spree because of scrutiny. This is who I am,” she wrote in an online blog.

It’s after the American singer received criticism in some newspaper tabloids for apparently gaining weight over recent months.

She also posted photos of herself wearing pants and a bra.

The singer thanked fans for their recent support and said: “You are proud to be born this way, and brave in your vulnerability with this community.”

Gaga has already admitted suffering from bulimia and anorexia since she was 15 years old.

However, the 26-year-old told fans she is now “happier than she has ever been”.

‘I’m happy’
Various newspapers and magazines have speculated that the star has recently put on up to 30lbs (13.6kg) as she continues taking her Born This Way Ball Tour around the world.

But Gaga revealed to fans that her boyfriend, actor Taylor Kinney, prefers her “curvier”.

“When I eat and am healthy and not so worried about my looks, I’m happy,” she said.

“Seeing you post photos of things on your bodies and in your minds that you feel society tells you you should be ashamed of. You are showing them you have no shame.

“You are brave, strong and accepting not only of yourself but of others through your experiences.

“My weight/loss/gain since I was child has tormented me. No amount of help has ever healed my pain about it. But YOU have.

“And I love you, and want you to be proud in any form you may take as well.”

Newsbeat’s Facebook users have been giving their views on Lady Gaga’s comments.

Helen Diana McMillan said: “About time a celebrity spoke out! She’s right, as long as you’re happy who cares!”

Lee Cunliffe commented: “It’s got nowt to do with anybody else, it’s her body and her life.”

Alice Howrad said: “Good for her – it’s about time there was a change in such scrutiny over people’s weight.

“She’s not unhealthy and she’s promoting a good body image. She has always fluctuated in weight, as do all women.” 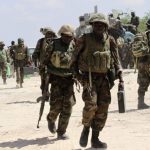 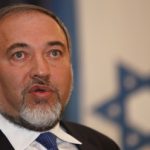 Are sanctions about to trigger an Iranian Spring?

Lady Gaga hits out at weight gain critics in newspapers 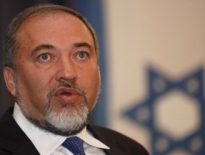 Asia Are sanctions about to trigger an Iranian Spring?… 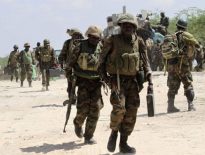