PARIS (AP) — The Obama administration, in coordination with some European allies, is for the first time considering supplying direct assistance to elements of the Free Syrian Army as they seek to ramp up pressure on Syrian President Bashar Assad to step down and end nearly two years of brutal and increasingly deadly violence.

Officials in the United States and Europe said Tuesday the administration is nearing a decision on whether to provide non-lethal assistance to carefully vetted fighters opposed to the Assad regime in addition to what it is already supplying to the political opposition. A decision is expected by Thursday when U.S. Secretary of State John Kerry will attend an international conference on Syria in Rome that leaders of the opposition Syrian National Coalition have been persuaded to attend, the officials said.

The officials spoke on condition of anonymity because the shift in strategy has not yet been finalized and still needs to be coordinated with European nations, notably Britain. They are eager to vastly increase the size and scope of assistance for Assad’s foes.

Kerry, who was a cautious proponent of supplying arms to the rebels while he was chairman of the Senate Foreign Relations Committee, has been consulting with European leaders on how to step up pressure on Assad to leave power. The effort has been as a major focus of his first official trip abroad as America’s top diplomat. On the first two stops on his hectic nine-nation tour of Europe and the Middle East, in London and Berlin, he has sought to assure the Syrian opposition that more help is on the way.

In London on Monday, he made a public appeal to opposition coalition leader Mouaz al-Khatib not to boycott the Rome meeting as had been threatened and to attend the conference despite concerns among Assad foes that international community is not doing enough. Kerry and Vice President Joe Biden made private telephone calls to al-Khatib to make the same case.

“We are determined that the Syrian opposition is not going to be dangling in the wind, wondering where the support is, if it is coming,” Kerry told reporters after meeting British Prime Minister David Cameron and Foreign Secretary William Hague.

Hague said that the deteriorating conditions in Syria, especially recent scud missile attacks on the city of Aleppo, were unacceptable and that the West’s current position could not be sustained while an “appalling injustice” is being done to Syrian citizens.

“In the face of such murder and threat of instability, our policy cannot stay static as the weeks go by,” Hague told reporters, standing beside Kerry. “We must significantly increase support for the Syrian opposition. We are preparing to do just that.”

The officials in Washington and European capitals said the British are pushing proposals to provide military training, body armor and other technical support to members of the Free Syrian Army who have been determined not to have links to extremists. The officials said, however, that the U.S. was not yet ready to consider such action although Washington would not object if the Europeans moved ahead with the plans.

The Obama administration has been deeply concerned about military equipment falling into the hands of radical Islamists who have become a significant factor in the Syrian conflict and could then use that materiel for terrorist attacks or strikes on Israel.

The Italian government, which is hosting Thursday’s conference, said on Monday that the Europeans would use the meeting “to urge the United States’ greater flexibility on measures in favor of the opposition to the Assad regime.”

“They will be asking, in particular, that `non-lethal’ aid be extended to include technical assistance and training so as to consolidate the coalition’s efforts in the light of what emerged at the latest meeting of the EU Foreign Affairs Council,” the foreign ministry said in a statement. In a recent meeting, European Union foreign ministers agreed that support to the rebels needed to be boosted.

Officials in Washington said the United States was leaning toward providing tens of millions of dollars more in non-lethal assistance to the opposition, including vetted members of the Free Syrian Army who had not been receiving direct U.S. assistance. So far, assistance has been limited to funding for communications and other logistical equipment, a formalized liaison office and an invitation to al-Khatib to visit the United States in the coming weeks.

The officials stressed, however, that the administration did not envision American military training for the rebels nor U.S. provision of combat items such as body armor that the British are advocating.

The officials said the U.S. is also looking at stepping up its civilian technical assistance devoted to rule of law, civil society and good governance, in order to prepare an eventual transition government to run the country once Assad leaves.

In Europe, meanwhile, Kerry on Tuesday visited Berlin where he met his Russian counterpart, Sergei Lavrov, for the first time in his new post, spending more than an hour discussing the Syria conflict. Russia has been a strong supporter of Assad and has, along with China, repeatedly blocked efforts at the United Nations to impose global sanctions against the regime unless it stops the violence that has killed nearly 70,000 people.

State Department spokeswoman Victoria Nuland said the two met for an hour and 45 minutes, spending more than half that time on Syria in what she called a “really serious and hardworking session.”

Kerry and Lavrov discussed how they could implement the so-called Geneva Agreement, which is designed to get the Syrian government and rebels to plan a transitional government for the time after Assad leaves office, Nuland said.

Lavrov told Russian news agencies that his talks with Kerry were “quite constructive.” On Syria, he said the two reaffirmed their “intention to do all Russia and the U.S. can do. It’s not that everything depends on us, but we shall do all we can to create conditions for the soonest start of a dialogue between the government and the opposition.”

Syria’s foreign minister was in Moscow on Monday and while there expressed a willingness to meet with opposition leaders.

The Syrian National Coalition is skeptical about outside help from the West and threatened to boycott the Rome meeting until a series of phone calls and meetings between Kerry and his ambassadors and Syrian opposition leaders repaired the schism. The council now says it will attend the meeting, but is hoping for more concrete offers of help, including military assistance.

Klapper contributed to this report from Washington. 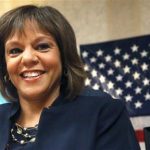 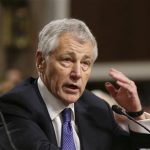 Protests erupt in Afghanistan as Muslim anger over film simmers 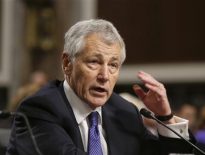 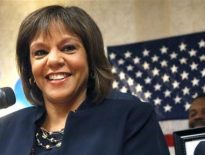