A cold snap in the New York City area – with daily low temperatures set to drop into the upper 30s Fahrenheit (2-4 degrees Celsius) early next week – is raising concerns that residents of the storm-stricken areas of New York, New Jersey or Connecticut could be left without heat as they recover from one of the worst storms in U.S. history.

Some New York area heating oil distributors have already been forced to ration supplies. The fuel is used in nearly 5.8 million homes in the Northeast, the world’s largest heating oil market. In some storm hit areas, distribution has nearly collapsed.

Heating oil is usually dispatched in fleets of tanker trucks to boiler rooms in thousands of residential buildings and businesses. But on Friday, supplies were dwindling at many distribution centers in New York City and parts of New Jersey.

In addition, nearly 3.5 million homes and business were without power on Friday along the East Coast. While that number will likely diminish by next week, those without power that use heating oil will have limited options to stave off the cold.

Government attempts to alleviate the shortage by releasing strategic reserves of heating oil are unlikely to provide much relief, given the scope of the problem facing distributors.

Concerns are compounded by forecasts for unseasonably cold weather. In New York City, temperatures are expected to dip to between 3 and 10 degrees Fahrenheit below average for early November, said Bradley Harvey, meteorologist at MDA Information Systems in Maryland.

In the industrial Red Hook neighborhood of Brooklyn on Friday, heating oil distributors who typically supply buildings across the city said they were nearly out of fuel and had no idea when new supplies would arrive.

Some of the region’s fuel terminals which offload products from tankers and barges have no power, and at least two important oil refineries in New Jersey remain idled after the storm flooded the plants this week.

“This is the last of it,” said Nick DeMaria, a manager at Bayside Fuel Oil Depot in Brooklyn, whose fuel supply was dwindling. “I’ve got a line of trucks down the block and they’re not getting anything. When it gets cold, people are going to need their heat.”

News that the U.S. government will release about 48,000 barrels of ultra low sulfur diesel from its Northeast emergency heating oil reserve in an effort will likely help compensate for increased diesel demand due to emergency response efforts.

But it is only equivalent to 8 hours of New York State’s peak winter heating oil consumption, according to Reuters calculations.

To be sure, there were signs that a heating crunch could be short-lived. New York Harbor, the region’s fuel importing hub, received its first gasoline barge on Friday morning, and the federal government issued a temporary waiver of the shipping Jones Act, to allow foreign-flagged tankers take fuel from the U.S. Gulf Coast to the harbor.

Meanwhile, electric utilities made inroads to restore power to residents in some areas, and a mild October has likely left many buildings with stores of heating fuel as they wait for normal distribution to resume.

But while activities have restarted in New York Harbor – which has a tank capacity to store up to 75 million barrels of oil products – logistical hurdles still plague the region.

In Brooklyn, Bayside has not been able to schedule new deliveries of heating fuel to its depot, due to storm-related damages to the bridges over small waterways that connect New York Harbor to Brooklyn, DeMaria said.

A few blocks away, at the offices of fuel distributor Statewide Oil and Heating, a small crew of workers were attending to phones that were ringing off the hook. Statewide was informing customers it would have to ration heating oil deliveries to 100 gallons per building.

“There’s no heating oil around,” said Vincent Savino, the president of Statewide, which usually supplies some 2,000 buildings across New York City.

“I don’t know how much fuel we have left: maybe a day or two,” Savino said.

Even before Sandy, heating oil supplies in the East Coast region were unseasonably low. Distillatestocks, which include heating oil and diesel fuel, stood at 45 percent below their 5-year average along the East Coast in the week to October 12, according to U.S. government figures. That was the lowest level since mid-2008.

But in the more immediate term, the biggest problem could finding fuel for delivery trucks, as many gasoline stations have been left dry or without power.

Joan Clune, who helps to run the Sprague Oil Service distribution center in Matawan, New Jersey, said it was already running low on truck fuel and wasn’t sure when new supplies would become available. Sprague said she was still able to deliver to customers, including supplying kerosene for lamps portable stoves and some home heating devices, for now.

“We can’t even get heating oil supplies right now beyond what we still have in our trucks,” Clune said. 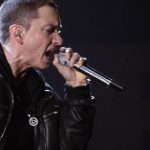 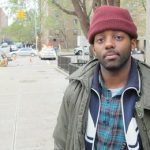 Oscar, you’ve got mail: Electronic voting on tap for 2013 Oscars

Obama pledges diplomacy with Iran, but he and Rouhani don’t meet

Elon Musk, back on Twitter, turns his attention to Dogecoin

As cold snap looms, Sandy sets NY up for a new fuel crisis 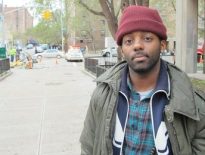 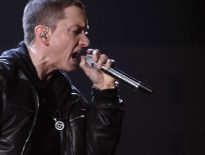