Police said authorities had fatally shot a man at the scene of the stabbing.

Police in London fatally shot a man after at least two people were reportedly stabbed in a terrorism-related incident on Sunday afternoon, authorities said.

Metropolitan police tweeted that the incident, which occurred just before 2 p.m. local time, has been secured in Streatham High Road.

The conditions of the two known victims were not immediately known.

The London Ambulance Service said its members are responding.

We are working closely with the other emergency services and are treating a number of patients at the scene, London Ambulance Service Strategic Commander Graham Norton said in a statement.

Gulled Bulhan, a 19-year-old student from Streatham, said he saw the shooting take place outside of a pharmacy.

I was crossing the road when I saw a man with a machete and silver canisters on his chest being chased by what I assume was an undercover police officer, he told Britain’s Press Association. The man was then shot. I think I heard three gunshots.

The suspect entered a shop and started stabbing people, according to a nurse who also said she witnessed the attack.

The shopkeeper tried to get the knife away from him, but he got away and stabbed a woman on a bicycle. The knife was really big, she told The Telegraph.

Terrorists seek to divide us and to destroy our way of life here in London we will never let them succeed, Khan said.

My thoughts are with the injured and all those affected, Johnson said.

The violence comes roughly two months after a man killed two people and wounded three others in another terror-related stabbing on the London Bridge. 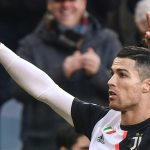 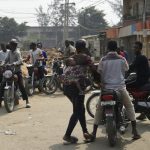 Rihanna And Chris Brown Back Together? Twitter Responds To Rihanna and Ashton Kutcher Dating

EU to keep up Zimbabwe sanctions, drops 51 from list

US election: Obama and Romney in final campaign slog

At Least 2 People Injured In Terrorist-Related Attack In London 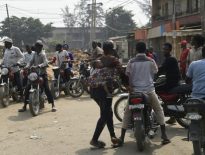 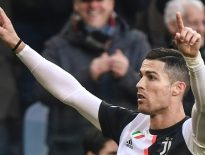