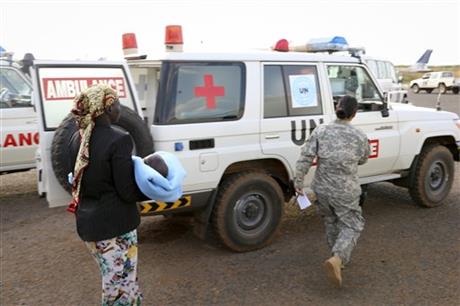 In this photo released by the United Nations Mission in South Sudan (UNMISS), wounded civilians from Bor, the capital of Jonglei state and said to be the scene of fierce clashes between government troops and rebels, are assisted after being transported by U.N. helicopter to Juba, South Sudan, Sunday, Dec. 22, 2013. South Sudan’s central government lost control of the capital of a key oil-producing state on Sunday, the military said, as renegade forces loyal to a former deputy president seized more territory in fighting that has raised fears of full-blown civil war in the world’s newest country. (AP Photo/UNMISS)

Toby Lanzer, the U.N.’s humanitarian coordinator, said Australians, Ugandans and Ethiopians are also among 15,000 total people seeking protection at a U.N. base in Bor, a city that could see increasing violence in coming days.

The death toll from a week of violence in South Sudan has likely surpassed 1,000 people, though there are no firm numbers available, he said. The number of internal refugees has likely surpassed 100,000, said Lanzer, who is seeking urgent financial assistance from the international community.

“I can’t afford any delays from donor capitals right now,” he told The Associated Press in a phone call. “Never has there been a greater time of need in South Sudan.”

Bor is the city where rebel forces fired on three U.S. military aircraft on Saturday, forcing the Ospreys — advanced helicopter-airplane hybrids — to abort their evacuation mission. On Sunday the U.S. evacuated Americans by civilian U.S. and U.N. helicopters.

The U.S. over the last week has evacuated 380 Americans and 300 others from South Sudan, which has seen vicious, ethnically targeted violence pulse through the nation. Military commanders loyal to the country’s ousted vice president have defected and say they are now in control of regions that hold lucrative oil fields.

The violence began late on Dec. 15. South Sudan President Salva Kiir, an ethnic Dinka, said last week that an attempted military coup had triggered the violence, and the blame was placed on former Vice President Riek Machar, an ethnic Nuer. Other officials have since said a fight between Dinka and Nuer members of the presidential guard triggered the fighting, which spiraled across the country.

Analysts have suggested that a tribal militia known as the White Army — from the Lou Nuer ethnic group — is moving toward Bor, which is populated by Dinkas. Lanzer said he couldn’t say anything with precision about those reports.

“Everybody knows that Bor is a strategic location,” he said. “It would be difficult for me to imagine a scenario in which Bor is completely calm and safe over the coming days,” he said, adding that he thinks violence could become “very heavy,” which is why the U.N. is fortifying its position there.

The U.S. over the weekend deployed about 46 troops to help evacuate American citizens. That was in addition to 45 troops sent to the capital, Juba, last week to protect the U.S. Embassy. Four U.S. troops were wounded in the evacuation attempt Saturday.

Obama over the weekend sent a letter to congressional leaders letting them know he may take further military action in South Sudan to protect U.S. citizens, personnel and property.

Fighting continued over the weekend, as the central government acknowledged it has lost control of Bentiu, the capital Unity, a key oil-producing state.

East African leaders are leading diplomatic efforts to avoid a full-blown civil war. South Sudan experienced decades of war with Sudan, which it peacefully broke away from in 2011. 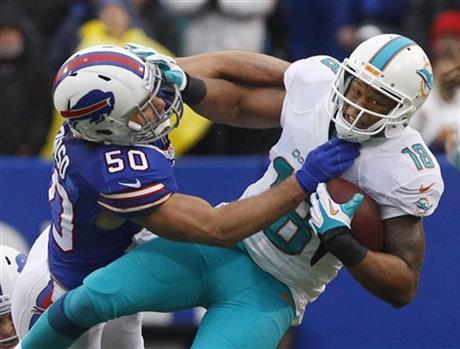 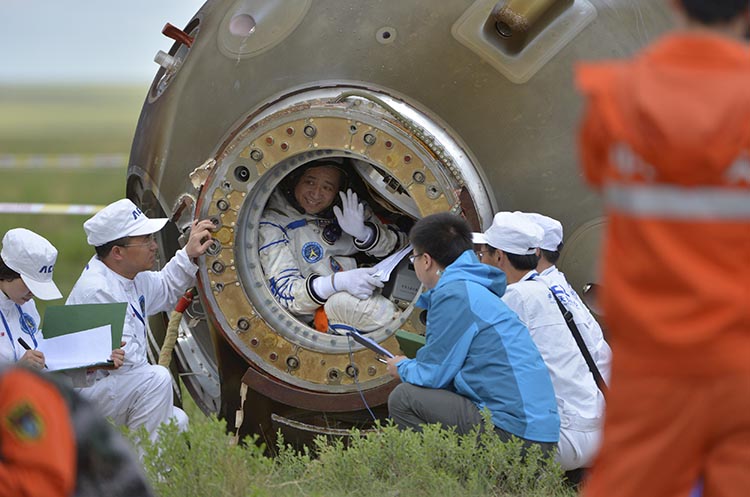