The main day of bathing is being held at India’s Kumbh Mela, with 30 million pilgrims already taking a dip at the confluence of the Ganges and Yamuna.

This is the most auspicious of six bathing days at the event, billed as the world’s biggest human gathering.

Millions more bathers are expected before Sunday ends, with 100 million in total across the 55-day festival.

Hindus believe a festival dip at Sangam – where the rivers meet – will cleanse sins and help bring salvation.

The festival, which is held every 12 years, began on 14 January, when eight million people bathed in the holy waters.

This occasion is also a Maha Kumbh Mela, which comes round only once every 144 years.

Early in the morning on Sunday, holy men (sadhus) – and some women – belonging to various Hindu monastic orders arrived to bathe.

Carrying pennants, bow and arrow and banners, many danced and beat drums. Some arrived on gaudily decorated chariots. Others arrived on horses. Most were dressed in saffron.

The sadhus, many of them naked, dreadlocked and smeared in ash, ran to the river amid heavy security.

There are also thousands of poor families living under the open skies in cold weather here at the sprawling festival grounds in the northern city of Allahabad.

One young devotee, Ashutosh Pandey, a pharmacy student, said the holy dip was a form of prayer for him.

“When I bathe I am praying to God for the good of my country and the world,” he said.

More than 14,000 policemen, along with paramilitary forces and commandos, have been deployed to ensure security on Sunday.

Police officers, many of them on horseback, are having a hard time controlling the crowds, as many of the bathers linger to gaze at the colourful processions of the holy men.

Kumbh Mela chief Devesh Chaturvedi said that one person had died on Sunday in an incident that was being investigated.

The festival’s police chief, RKS Rathore, said the turnout for Sunday would be “unprecedented”.

He said some 12 million people had arrived at the festival grounds on Saturday alone.

The bathing on Sunday – the most auspicious day according to Hindu tradition – is taking place at 18 main locations along the river bank.

Rajkumar Singh, a government worker from the state of Punjab, said: “I have travelled for three days by bus, train and foot to reach the festival.

“I believe a bathe on the most auspicious day will get rid of all my sins and will help secure me and my family’s future.”

The 14 hospitals at the Mela grounds have already treated more than 150,000 pilgrims since the opening. Two pilgrims have died.

Most of those treated suffered from respiratory problems, cold, joint pains and dust allergy, Dr Kalim Aqmal, at the main hospital, said.

A “lost-and-found” centre has reunited 40,000 people since the opening of the festival, officials said.

The Kumbh Mela has its origins in Hindu mythology.

Many believe that when gods and demons fought over a pitcher of nectar, a few drops fell in the cities of Allahabad, Nasik, Ujjain and Haridwar – the four places where the Kumbh festival has been held for centuries. 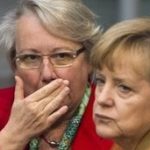 Chavez to Obama: I’d vote for you, and you for me 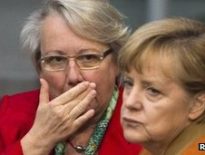