(Reuters) – First lady Michelle Obama acknowledged on Tuesday that the change her husband Barack Obama championed in his White House campaign four years ago has proven difficult but urged voters to give him four more years to fix the struggling U.S. economy. 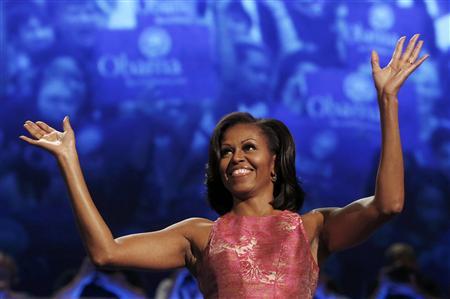 “He reminds me that we are playing a long game here, and that change is hard, and change is slow, and it never happens all at once,” she told the Democratic National Convention in Charlotte, North Carolina. “But eventually we get there. We always do.”

The popular first lady was the highest-profile advocate for her husband in the first of three days of speeches that will conclude with Obama’s address on Thursday to accept the Democratic presidential nomination to face Mitt Romney on November 6.

In a race that is too close to call nine weeks before Americans vote, Obama is vulnerable to the challenge from Republican nominee Romney due to a sluggish economy and 8.3 percent unemployment.

Obama’s economic argument got a little tougher on Tuesday. New surveys showed U.S. manufacturing shrank at its sharpest clip in more than three years last month, while exports and hiring in the sector also slumped.

The president is trying to use his convention to recapture the magic that carried him to victory in 2008 but he admitted to a Colorado television reporter that he would give himself a grade of “incomplete” for his first term.

The workmanlike first day of the convention showcased different parts of the party’s base of support, women, Hispanics and African-Americans.

They all took aim at Romney, and there were even what appeared to be some subtle digs from Mrs. Obama herself at the wealthy Republican. She spoke a week after Romney’s wife, Ann, hurled some zingers at Obama in promoting her husband at the Republican convention in Tampa.

“For Barack, success isn’t about how much money you make, it’s about the difference you make in people’s lives,” Michelle Obama said, perhaps a reference to multimillionaire Romney’s past as a private equity executive.

The message was not lost on Steve Holecko, 55, a Democratic delegate from Ohio.

“It was outstanding. She made a very clear distinction between her values and Mrs. Romney’s values. She clearly laid out the president’s vision of middle class-out growth,” he said.

A host of speakers at the gathering in Charlotte attacked Romney for his business record, refusal to release more tax returns and for spearheading a Republican “war on women.”

The Democrats even choreographed a swipe at the former Massachusetts governor from beyond the grave, by playing a video of late Senator Ted Kennedy getting the better of Romney during a debate in the 1994 election campaign for Kennedy’s Senate seat.

One of the most exuberant attackers was Senate Majority Leader Harry Reid, who recently made a controversial claim that Romney had paid no income taxes for 10 years, which was shot down by Romney.

“Mitt Romney says we should take his word that he paid his fair share? His word? Trust comes from transparency, and Mitt Romney comes up short on both,” Reid said.

It was a night for women as the Democrats pressed their advantage with female voters, a gender gap that is a sore point for Republicans particularly after remarks by conservative Missouri Senate candidate Todd Akin about “legitimate rape.”

About two dozen Democratic women members of the House of Representatives and congressional candidates took the stage together to knock the Republicans for their opposition to abortion rights.

“When my Republican colleagues held a hearing about birth control and refused to include a single woman on the first panel as a witness, I asked, ‘Where are the women?'” said New York congresswoman Carolyn Maloney.

“Where are the women? The women are here. And we are on our way to re-elect our president,” she said, to cheers.

The Democrats highlighted Obama’s successes during his first term – from ordering the mission that killed al Qaeda leader Osama bin Laden to the bailout of the auto industry – while reminding voters of the difficulties Obama faced when he took office.

“Four years ago, America stood on the brink of a depression,” said Julian Castro, mayor of the Texas city of San Antonio and a rising star in the party. “Despite incredible odds and united Republican opposition, our president took action. And now we’ve seen 4.5 million new jobs.”

Republicans complain that the Democrats are trying to concentrate on women’s issues and other topics so as to avoid talking about the economy.

“On the first night of President Obama’s convention, not a single speaker uttered the words ‘Americans are better off than they were four years ago,'” said Romney spokeswoman Andrea Saul.

Obama went into the convention getting high marks from voters on personal attributes but facing doubts about his handling of the U.S. economy, a Reuters/Ipsos poll found.

With Democrats anxious about the tight race, Mrs. Obama urged party activists to rally around the president.

“We must work like never before, and we must once again come together and stand together for the man we can trust to keep moving this great country forward, my husband, our president, Barack Obama,” she said.

While the crowd roared its approval in the convention hall, it was unclear what impact Mrs. Obama’s speech would have among voters across the country.

“Michelle was terrific,” University of Virginia political scientist Larry Sabato said in a tweet. “So was Ann. But anybody who studies elections will tell you: Spouses please voters but don’t change votes.”

Obama will make his acceptance speech in a 74,000-capacity football stadium on Thursday night.

Romney is ceding the political spotlight to Obama and staying off the campaign trail for most of this week. He spent Tuesday in Vermont, preparing for the three presidential debates that begin on October 3. 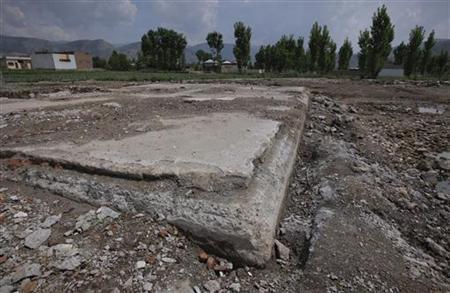 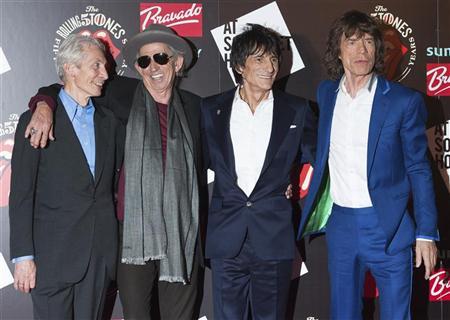