(Reuters) – Syrian warplanes bombed a Damascus suburb on Wednesday in a push to dislodge rebels from a stronghold that threatens President Bashar al-Assad’s hold on the capital, opposition activists said. 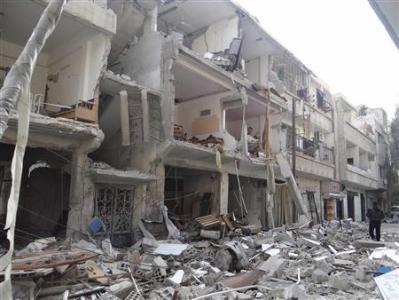 Heavy fighting also raged in other outskirts of the city in the most serious challenge to Assad’s seat of power in months.

In Brussels, NATO envoys were considering a request by Turkey to deploy Patriot missiles its territory to defend itself against any Syrian attacks.

Even though the measure is aimed at preventing a spill-over of the 20-month-old conflict into Syria’s neighbors, it signaled a creeping internationalization of the conflict.

After months of slow progress, the rebels have in the last few weeks captured several army positions on the outskirts of Damascus and outlying regions, including a special forces base near Aleppo, Syria’s commercial hub, and an air defense position near Damascus’s southern gate.

Assad’s opponents are also gaining support internationally with a new coalition of opposition and rebel groups seeking recognition as the legitimate voice of the Syrian people.

Shashank Joshi of the Royal United Services Institute (RUSI) in London said the developments of the last few weeks were shifting the balance in favor of the rebels.

“The use of the world ‘stalemate’ to describe the conflict may no longer be appropriate,” he told Reuters by phone. “The rebels have moved up the ladder of warfare.”

On Wednesday, MiG fighter jets launched a second day of raids on the opposition-held suburb of Daraya, set in farmland near the main southern highway, where rebels have been battling elite Republican Guard units.

Live footage broadcast by the opposition on the Internet showed heavy smoke rising from a built-up area in Daraya and carried the sound of automatic gun fire.

The pro-government al-Ekhbariya television said the army had begun a campaign to “cleanse” Daraya of what it described as terrorists, and showed troops on the edge of the town. Activists reported 23 people killed in two days.

But rebels and activists suggested Assad’s forces were finding it harder to dislodge the rebels than when they last entered the suburb in August.

A government offensive to oust Free Syrian Army fighters from Daraya then killed 1,000 people after rebels took over the town, established a local administration and began attacking loyalist targets in Damascus, according to opposition sources.

“The military picture seems to have changed since August. The regime is sending troops under tank and air cover but they have not really advanced into Daraya,” activist Abu Kinan said by phone from the town.

“Last time the rebels made a decision to withdraw after the army’s bombing killed a large number of civilians. There are civilians left in Daraya but the bulk had fled and the fighters are holding their ground,” he said.

The official SANA news agency said that “terrorists” – a term it uses for rebels – had attacked shops and homes in Daraya, as well as a mosque.

Fawaz Tello, a veteran opposition campaigner, said the fact that the rebels have recaptured Daraya and are fending off Assad’s best forces indicates a change on the ground.

“The rebels’ military position is still difficult, but it is improving.”

Fighting was also reported in Damascus’s eastern suburb of Irbin, where rebels said they had destroyed one tank and killed two Republican Guards. Irbin is one of many Sunni Muslim suburbs in the farmland around Damascus known as al-Ghouta.

“The whole eastern Ghouta is basically a liberated area. Assad’s army still has superior firepower, but is being eroded. It can no longer push forward with a lot of troops,” said Abu Ghazi, an activist-turned-fighter in Irbin.

Severe restrictions on non-state media make it impossible to verify such reports independently.

So far Assad’s core military units, composed mainly of members of his Alawite minority sect, an offshoot of Shi’ite Islam, have prevented a rebel push into the capital itself.

But Tello said the rebels were gaining strength in Damascus, partly because they were being joined by fighters from outlying regions. He pointed to guerrilla attacks in the last few days near Damascus Airport and expanding rebel control of the mixed urban and farmland regions around Damascus, although Assad’s forces controlled the main road junctions.

RUSI’s Joshi said anti-aircraft weapons looted from military bases would blunt what is the government’s most important weapon – air power.

These advances, he said, “are all a symptom of tactical improvements. The more they fight, the better they get”.

NATO ambassadors meanwhile were considering a Turkish request to deploy Patriot missiles on its territory.

The move followed talks between Ankara and NATO allies about how to shore up security on the 900-km (560-mile) border with Syria after mortar rounds landed on Turkish territory.

German Foreign Minister Guido Westerwelle, whose country is one of three to have the system, said he approved Turkey’s request. The Dutch government said it was considering it.

In Dubai, members of the new opposition coalition appealed to foreign governments and private investors to raise the $60 billion that they said would be needed to rebuild Syria from the ruins of the war.

The funds will mainly be used to support the Syrian currency, rebuild destroyed housing projects and pay public sector wages, Osama al-Qadi, a member of the Syrian Economic Task Force, told Reuters at an investment conference in Dubai.

An estimated 38,000 people have been killed in Syria since an Arab Spring-inspired uprising against Assad began in March last year.

Turkey, Gulf Arab states and Western powers have all called for Assad – whose family has ruled Sunni Muslim-majority Syria for four decades – to relinquish power. Assad counts on the support of long-time ally Russia and Shi’ite Iran. 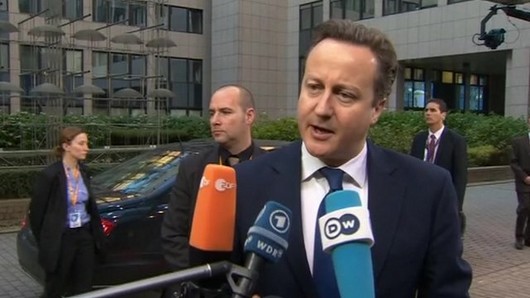 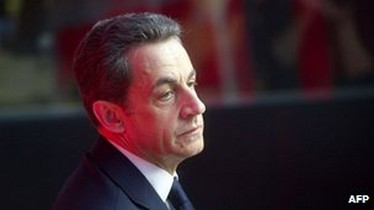 Europe Sarkozy to be questioned in Bettencourt donations …
Wildcard SSL