Sudan’s President Omar al-Bashir won another term in office, taking 94 percent of the vote in an election boycotted by the opposition.

Election officials announced the results Monday after four days of voting earlier this month that was widely expected to extend the presidency of Bashir, who has been in power since 1989.

The head of the country’s electoral commission said turnout was 46 percent.

The European Union, United States, Britain and Norway all criticized the election, saying the lack of a promised national dialogue left Sudan without an inclusive political process.

The 71-year-old Bashir, who is wanted by the International Criminal Court for war crimes and crimes against humanity in Darfur, faced only a collection of minor candidates with the main opposition group deciding to boycott the vote.

He has pledged to work on peace, development and improvements for the country’s economy. 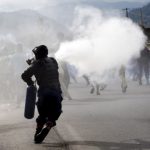 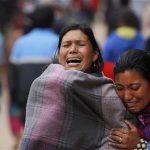 Rescuers struggle to reach many in Nepal quake, fear worst

Japan’s next PM Abe must deliver on economy, cope with China 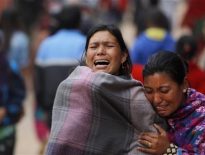 Asia Rescuers struggle to reach many in Nepal quake, fe… 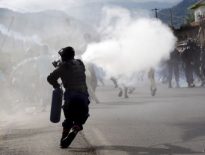