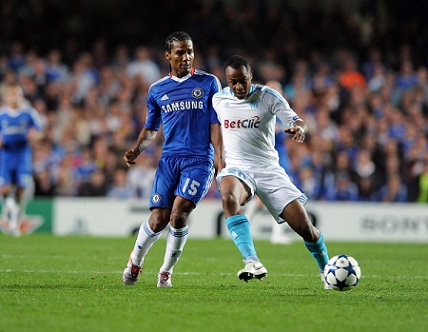 Son of Ghana legend and former African Cup of Nations winner Abedi Pele, Andre Ayew is seen to be one of the Black Stars most promising players. The 22-year-old goes to the tournament on the back of an amazing period. In 2010, Ayew made an impact on the international stage with his performances for the Black Satellites, Ghana’s U-20 team, captaining them to victory in the World Cup and African Youth Championships.

In the same year he became a regular for the national senior team, and has been a fixture ever since. In 2011, Ayew established himself as a key man for his club team Olympique Marseilles. Such has been his impression, that the French team have extended his contract until 2015 with Coach, Didier Deschamps saying: “OM will depend on him in the years to come. It is a very good thing that he’s extended his contract.” As well as this, Ayew came third in the African Footballer of the Year award and won the BBC African Footballer of the Year award, exactly 30 years after his father. Ayew’s star is shining bright.

Left-footed, Ayew is often used on the left flank, however, he has an all-round element to his game that means he can play in every attacking role. A list of Andre Ayew’s abilities would suggest he has everything it takes. Physically strong, with speed and balance, the Ghanaian is nimble and has ball control which has allowed him to pass players. Ayew may have that rare skill – the ability to turn matches. Fortunately, despite his strengths, he seems well grounded – prepared to work hard in the midfield and enjoying defensive duties, particularly tackling – perhaps sometimes too much as his foul count may testify. However, for an attacking player, Ayew has won 39 tackles and made 22 interceptions this season.

After scoring 11 goals in 32 appearances in helping Marseilles to second place in Ligue 1, and victory in the League Cup and Super Cup, the fans voted him the club’s best player. There may be some raw edges to the young Ghanaian, his crossing needs to improve and arguably he needs to pace himself, to conserve energy so as not to tire in games. However, this should improve in time. This season for Marseilles, Ayew has made 17 appearances and has formed an attacking trinity with Loic Remy and Matthieu Valbuena. In doing so, Ayew has taken 48 shots, scored six goals, and completed 14 key passes and 34 dribbles. The three may interchange and Ayew can be found on the right where he likes to cut inside and lay the ball off moving on to collect or create space.

Still young, Ayew has already accumulated experience on the international and European stages. A promising player in midfield and attack, Ghana may well use him playing off of Asamoah Gyan in a secondary strike role. Ghana fans will hope he will become a legend like his father.