In a not-exactly-unexpected-twist in Li-Lo’s legal battles, she’s gone and missed her flight back to LA where she’s due to appear on trial in a few hours

It’s not been a good few days for Lindsay Lohan. Although actually, she’s not had a good day for about six years.

First Justin Bieber publicly slagged her off on Twitter . You know things are bad when even Bieber’s taking a pop at you.

And then last night she forgot to get on a flight from New York to LA, even though she’s due to appear in court today to begin her trial for allegedly lying to police about her massive car crash on the Pacific Coast Highway last summer.

It’s not the first time the troubled actress (can we even still call her that with a straight face?) has had trouble getting on her flight – maybe no one told her it can take aaaages to get through the security checks.

There was that time in 2010 when she failed to turn up in court because she claimed she’d lost her passport. And wasn’t at all just partying in Cannes. Cough cough.

Then she missed a flight to the White House Correspondents’ Dinner because she “couldn’t get herself together”.

Back in January she claimed she was too ill to fly to LA to appear in court. Although we think that might be a bit like the time we were ‘too ill’ to join our mate for a 5k run on a Saturday morning in the cold.

According to TMZ.com, Lindsay didn’t get on her scheduled plane last night because she was busy watching a band called City of Sun in a New York club. Which definitely sounds more important than court proceedings.

Although hopefully (for Li-Lo’s sake) she may have got on a later flight with her mum Dina. In which case she could still (bites fingernails in excitement) make it to her court appearance on time.

Someone clearly needs to do that thing we do with our mate who’s always late for everything, and tell Lindsay her flight takes off a whole two hours before it actually does.

Honestly, it works every time. 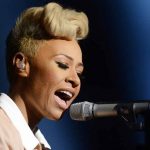 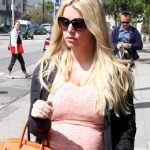 Jay Z and Barneys Announce Substantial Changes in Their Partnership 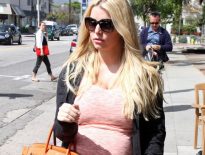 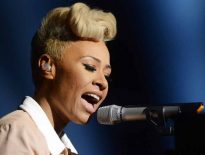