Prince Harry will be taking no legal action over naked photos of the royal taken at a Las Vegas party that appeared on the front page of The Sun last month.

The News International publication was the only British newspaper to defy a PCC advisory note over the naked pictures, leaked by US site TMZ and published a picture of the prince completely nude, cupping his genitals on their front page, while another showed his frolicking with a nude female.

A St James’ Palace spokesman confirmed no formal action would be taken, so as not to distract the third in line to the thrown, who is currently on deployment in as an Apache helicopter co-pilot in Afghanistan.

They said, according to the Press Association: “Having considered the matter now for a number of weeks, we have decided not to pursue a complaint with the PCC on behalf of Prince Harry in respect of the photos of the Prince taken in Las Vegas. We informed the PCC yesterday (Thursday).

“We remain of the opinion that a hotel room is a private space where its occupants would have a reasonable expectation of privacy.

“Prince Harry is currently focused entirely on his deployment in Afghanistan, so to pursue a complaint relating to his private life would not be appropriate at this time and would prove to be a distraction. We have concluded that it would not be prudent to pursue the matter further, and we will have no further comment to make about the matter.”

The nude photos caused controversy around the world with condemnation for both the princes’ hard partying actions and the breach in his privacy. Prince Harry’s embarrassment has almost been over shadowed by another royal scandal, when photos of a topless Kate Middleton were published in French Closer magazine two weeks ago.

Intimate snaps of the Duchess were reprinted in several international publications. In that instance, legal proceedings against French Closer have already began with both civil and criminal cases petitioned through the French courts.

Celebrity Kim Kardashian Shows Kanye West That She Can Be &#… 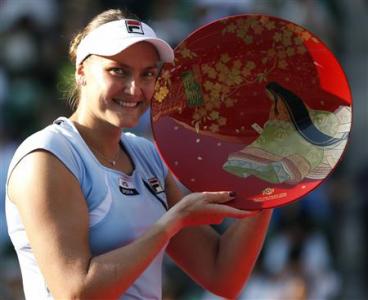