A nurse is researching whether an old family remedy using sugar to heal wounds does actually work. 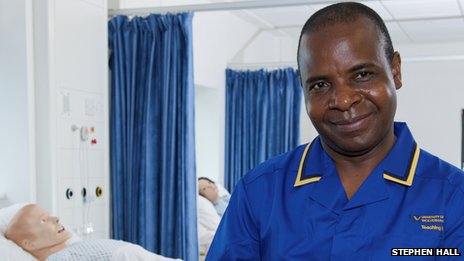 A sweet solution for healing wounds?Moses Murandu saw sugar treatment being used often as a child in Zimbabwe

Moses Murandu, from Zimbabwe, grew up watching his father use granulated sugar to treat wounds.

Sugar is thought to draw water away from wounds and prevent bacteria from multiplying.

Early results from a trial on 35 hospital patients in Birmingham are encouraging, but more research is needed.

One of the patients who received sugar treatment on a wound was 62-year-old Alan Bayliss from Birmingham.

He had undergone an above-the knee amputation on his right leg at the Queen Elizabeth Hospital Birmingham and, as part of the surgery, a vein was removed from his left leg leaving a wound which would not heal properly.

Murandu, who is studying for a doctorate at Birmingham University, was contacted and asked to treat the wound with sugar.

Mr Bayliss said: “It has been revolutionary. The actual wound was very deep – it was almost as big as my finger.

“When Moses first did the dressing he almost used the whole pot of sugar, but two weeks later he only needed to use four or five teaspoons.

“I am very pleased indeed. I feel that it has speeded up my recovery a lot, and it has been a positive step forward. I was a little sceptical at first but once I saw the sugar in operation and how much it was drawing the wound out, I was impressed.”

The randomised control trial at three West Midlands hospitals is only half way through. So far 35 patients have been treated with sugar treatment.

Related:  You are what your mother ate: how diet before pregnancy affects genes and long-term health of future child
Powered by Inline Related Posts

Murandu, a senior lecturer in adult nursing at the University of Wolverhampton, said he was very pleased by the results.

“I believe in the sugar and the nurses and doctors who see the effects are beginning to believe in it too.”

The treatment is thought to work because applying sugar to a wound draws the water away, thereby starving the bacteria of what it needs to grow. This prevents the bacteria from multiplying and they die.

Staff nurse Jonathan Janneman said the treatment had boosted the patient’s morale too.

“He could see the cavity in his leg as well as having been unwell and through operations. But the sugar has given him something to hold on to.

“It is amazing that something as simple as sugar has given him a morale boost.” 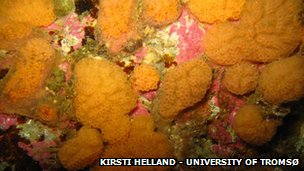 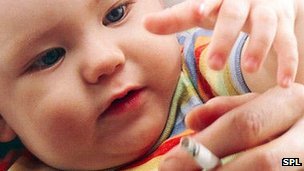