HOUSTON (AP) — Carnival Cruise Lines has canceled a dozen more planned voyages aboard the Triumph and acknowledged that the crippled ship had been plagued by other mechanical problems in the weeks before an engine-room fire left it powerless in the Gulf of Mexico.

The company’s announcement on Wednesday came as the Triumph was being towed to a port in Mobile, Ala., with more than 4,000 people on board, some of whom have complained to relatives that conditions on the ship are dismal and that they have limited access to food and bathrooms.

Passengers’ stay in Alabama will be limited, Carnival said in a statement late Wednesday. The company said passengers were being given the option of boarding buses directly to Galveston, Texas, or Houston, or spending the night in a hotel in New Orleans, where the company said it booked 1,500 rooms. Those staying in New Orleans will be flown Friday to Houston. Carnival said it will cover all the transportation costs.

Mobile Mayor Sam Jones said late Wednesday that the city has more than enough hotel rooms to accommodate passengers and its two airports are near the cruise terminal.

“We raised the issue that it would be a lot easier to take a five-minute bus ride than a two-hour bus ride” to New Orleans, Jones said, adding that he did not know the company’s reasoning. Jones said Carnival employees will be staying in Mobile.

Once docked, the ship will be idle through April. Two other cruises were called off shortly after Sunday’s fire.

Debbi Smedley, a passenger on a recent Triumph cruise, said the ship had trouble on Jan. 28 as it was preparing to leave Galveston. Hours before the scheduled departure time, she received an email from Carnival stating the vessel would leave late because of a propulsion problem. Passengers were asked to arrive at the port at 2 p.m., two hours later than originally scheduled.

The ship did not sail until after 8 p.m., she said.

“My mother is a cruise travel agent so this is not my first rodeo. I have sailed many, many cruises, many, many cruise lines. This was, by far, I have to say, the worst,” said Smedley, of Plano, Texas.

Robert Giordano, of the Oklahoma City suburb of Edmond, said he last spoke to his wife, Shannon, on Monday. She told him she waited in line for three hours to get a hot dog, and that conditions on the ship were terrible.

“They’re having to urinate in the shower. They’ve been passed out plastic bags to go to the bathroom,” Giordano said. “There was fecal matter all over the floor.”

Even more distressing, Giordano said, has been the lack of information he has been able to get from Carnival, a complaint shared by Vivian Tilley, of San Diego, whose sister is also on the vessel.

Carnival, she said, has not told families what hotel passengers will be put in or provided precise information about when they will arrive in Mobile, Ala. And that came after the cruise line switched the ship’s towing destination from Progreso, Mexico, to Mobile.

Tilley said her sister, Renee Shanar, of Houston, told her the cabins were hot and smelled like smoke from the engine fire, forcing passengers to stay on the deck. She also said people were getting sick.

“It’s a nightmare,” Tilley said, noting Shanar and her husband chose a four-day cruise so they wouldn’t be away from their two daughters for too long.

After losing power on its most recent journey, the ship drifted until Tuesday, when two tugboats began moving it toward shore.

The National Transportation Safety Board has opened an investigation into the fire.

Passengers have had limited cellphone service because of the power failure, but many were able to make calls to friends and family when the Triumph rendezvoused with another Carnival ship that dropped off food and supplies. The other ship had a working cellular antenna.

Tilley said late Wednesday that she had received an update from Carnival saying the Triumph had again rendezvoused with another cruise line, taking on more supplies and food, and that a third tugboat had also arrived to bring the ship to port.

Meanwhile, officials in Mobile are preparing a cruise terminal that has not been used for a year to help passengers go through customs after their ordeal.

The Triumph is expected to arrive Thursday afternoon.

The company has disputed the accounts of passengers who describe the ship as filthy, saying employees are doing everything to ensure people are comfortable.

Passengers are supposed to receive a full refund and discounts on future cruises, and Carnival announced Wednesday they would each get an additional $500 in compensation.

“We know it has been a longer journey back than we anticipated at the beginning of the week under very challenging circumstances,” Carnival President and CEO Gary Cahill said. “We are very sorry for what our guests have had to endure.”

Carnival spokesman Vance Gulliksen acknowledged the Triumph’s recent mechanical woes, explaining that there was an electrical problem with the ship’s alternator on the previous voyage. Repairs were completed Feb. 2.

Testing of the repaired part was successful and “there is no evidence at this time of any relationship between this previous issue and the fire that occurred on Feb. 10.”

But according to the email sent to passengers Jan. 28, the issue affected the ship’s cruising speeds, delaying its arrival in Galveston. The email also informed Smedley and other passengers that the propulsion problem would prevent them from docking at two ports.

Jay Herring, a former senior officer with Carnival Cruise Lines who worked on the Triumph from 2002 to 2004, said the ship was not problematic when he was on it.

The Triumph takes five generators – with one on backup – to power the ship, and 80 percent of that energy is needed to simply push the massive vessel through the water, Herring said.

Each of those generators is the size of a bus, so it’s unrealistic to think that the ship could have enough backup power on board to run services when the engines die, Herring added.

“It’s one of their bigger ships. It’s certainly on the top end of Carnival’s fleet,” he said of the Triumph. “There are so many moving parts and things that can go wrong.” 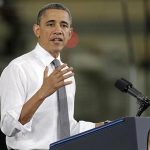 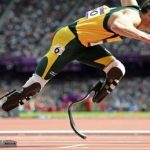 At 50 percent efficacy the RTS,S malaria vaccine will not be a stand-alone solution

Obama to bring back most U.S. troops fighting Ebola in Africa 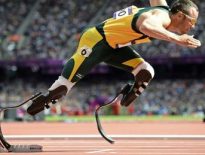 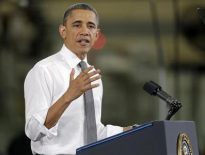