Confusion reigns in Greece on last day of campaigning before referendum

ATHENS — Confusion reigned across Greece on Friday as a court weighed whether to allow a referendum planned for Sunday that could shape the country’s direction for decades, but has also sown bitter divisions in a blink-and-you-miss-it campaign. 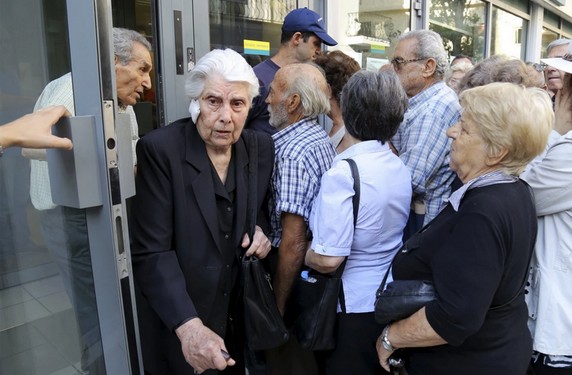 People line up outside a National Bank branch to receive part of their pensions in Iraklio on the island of Crete, Greece, on Friday. (Reuters)

Amid reports that ATMs are running so low on cash that they could run out by Monday, both sides of the referendum debate were preparing to stage final rallies in central Athens that are expected to draw massive crowds.

But it remains unclear whether the vote would even go ahead, with the nation’s highest administrative court due to rule Friday afternoon on a challenge to its constitutionality.

The referendum has been sharply criticized by European officials for the breakneck pace at which it was organized and the lack of clarity in a ballot question laced with technical jargon.

Valdis Dombrovskis, the commissioner for the euro, told Germany’s Die Welt newspaper that the question is neither factually nor legally correct, noting it asks voters to issue a verdict on a European proposal that has already been withdrawn.

Within Greece, there are sharp divisions over what the referendum represents.

To the radical leftist government and other no supporters, Sunday’s referendum offers voters an up-or-down choice on Europe’s latest cuts-for-cash bailout plan — even though the offer expired on Tuesday along with Greece’s international financial lifeline.

To the opposition and those backing yes, the choice is between sticking with Europe or going it alone.

On Thursday, with polls showing the outcome too close to call, a potential new variable came into play: By announcing that he would resign if voters spurn the no campaign, Finance Minister Yanis Varoufakis raised the prospect that Greece will be choosing whether to bring down its government.

Amid the myriad unknowns about Sunday’s referendum, one thing was clear: Rarely, if ever, have a nation’s citizens been asked to decide so much with so little clarity on the impact of their choice and with so few days to sort it all out.

Democracy relies on clear questions and clear answers, said Petros Kavassalis, a professor at the University of the Aegean who is helping to coordinate the yes campaign. But in this referendum, everyone is creating his own question.

Kavassalis has been hustling to organize yes voters since June 26, when Prime Minister Alexis Tsipras stunned his nation, and the world, by announcing that he would put Europe’s bailout offer to a public vote.

The referendum is an end-game gamble by Tsipras’s government, which has rejected the tough spending cuts demanded by its European partners in exchange for reviving the financial rescue package that has kept the country afloat.

To Kavassalis, the question facing voters is deeply unappetizing but has a clear answer. It’s bad versus worst, he said. At least with bad you can influence the outcome. Worst is impossible to deal with.

The worst would come, Kavassalis said, on the day after a no vote, when Europe once again rejects Greece’s demands and the country begins an inexorable slide out of the euro currency group.

European officials have threatened exactly that scenario, and if Greek voters believe them, it’s almost certain they will vote yes. Although Europe’s insistence on austerity as a condition for bailout funds is profoundly unpopular here, few Greeks want to return to the drachma, the country’s former currency.

But Tsipras and his government insist that Europe is bluffing and that the opposition is wrong when it claims that euro membership is on the line in Sunday’s vote. Instead, Tsipras said in a televised interview Thursday, the referendum is all about gaining leverage in negotiations with Europe that have been put on hold until after the vote.

The strategy is built on the idea that keeping Greece in the euro zone would be less painful for the European Union than a potentially messy break.

The bigger the ‘no’ vote, Tsipras said, the better agreement we’ll achieve.

Tsipras vowed that a deal with creditors would be signed within 48 hours of the referendum, regardless of the outcome, a promise that European officials have suggested will be impossible to keep.

Tsipras, whose Syriza party was elected five months ago on a wave of anti-austerity anger, declined to say whether he will resign if the referendum goes against him. But earlier Thursday, Varoufakis was unequivocal, telling Bloomberg TV that he will resign if Greece votes yes.

Asked whether Europe is seeking a leadership change in Athens, the outspoken professor-turned-minister appeared to coyly agree, citing a line from the British version of the political drama House of Cards.

You may very well think that, Varoufakis said. I couldn’t possibly comment.

In an interview with an Athens radio station on Friday, Varoufakis said ATMs are stocked with enough cash to last until Monday, but he did not make any promises beyond that. Reports have been circulating in Athens for days that the machines are running desperately low. The banks themselves have remained closed all week, and ATM withdrawals are limited to 60 euros.

Regardless of the outcome Sunday, one of Greece’s major creditors — the International Monetary Fund — predicted Thursday that the country will need even more cash from euro-zone countries and other sources over the next three years.

The forecast accused Tsipras’s government of dragging down the Greek economy with steps such as calling a halt to privatization plans. The IMF estimated that Greece would need 60 billion euros in bailout funds through 2018 to fill the gaps, adding to its already massive debt of more than 300 billion euros.

The report also said Greece will require large-scale debt relief — something the Greek government has repeatedly demanded but European officials have been unwilling to grant.

Greece on Tuesday became the first developed nation to miss an IMF repayment deadline, and it could miss more debt payments in the weeks ahead without a new bailout.

But Varoufakis showed no outward concern Thursday, asserting that a new bailout deal is a certainty.

Doesn’t Europe know what is in its best interest? he said.

European deficit hawks and Greek leftists have both said for months that a deal is in the best interest of both sides. That common belief, however, has not been enough to draw Greece away from the abyss of an exit from the euro zone.

The referendum campaign, just days old, will culminate Friday evening with dueling rallies in Athens. Both sides are required to halt their efforts on the day before the vote.

The no camp has repeatedly emphasized Greece’s history of resistance to outsiders. Each October, the country commemorates Oxi Day — No Day — when, in 1940, the country’s prime minister defied an ultimatum from Italian despot Benito Mussolini.

Across Athens on Thursday, the word Oxi was plastered on posters bearing the scowling visage of German Finance Minister Wolfgang Schaeuble, the Greek government’s favorite bogeyman. In interviews, Syriza officials cast the vote as a chance to resist foreign occupation.

‘Yes’ stands for voluntarily putting yourself into slavery, said Alexandros Bistis, a top Tsipras adviser.  ‘No’ stands for dignity. It stands for remaining within a European Union that has not forgotten its original values, which are freedom, solidarity and peace.

The language on the ballots Sunday, however, is considerably less grand:

Should the proposal that was submitted by the European Commission, the European Central Bank, and the International Monetary Fund at the Eurogroup of 25 June 2015, which consists of two parts that together constitute their comprehensive proposal, be accepted? The first document is titled ‘Reforms for the completion of the Current Programme and beyond’ and the second ‘Preliminary Debt Sustainability Analysis.’

Bistis said that despite the opaque language, the people know what this means.

But out on the streets of Athens, the confusion was evident.

Christopher Salinis, 36, was manning the counter at his coffee bar Thursday. He opened it a year ago, full of optimism amid the first signs of recovery after years of economic devastation for Greece. But three months ago, he halted work on renovations and now is waiting to see which direction his country takes.

Ylan Q. Mui and Brian Murphy in Washington contributed to this report.

Confusion reigns in Greece on last day of campaigning before referendum 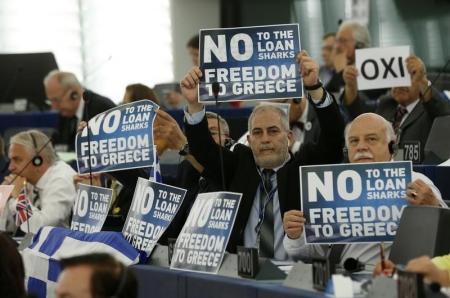 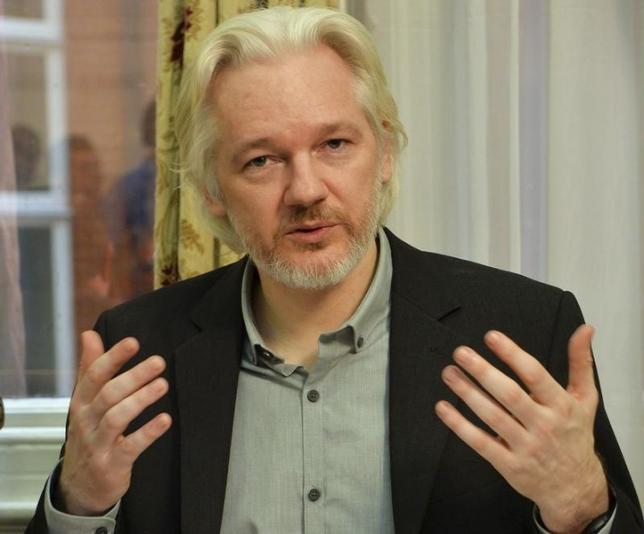