Protesters in Greece have stormed the Athens offices of a government minister in the latest demonstration against austerity measures. 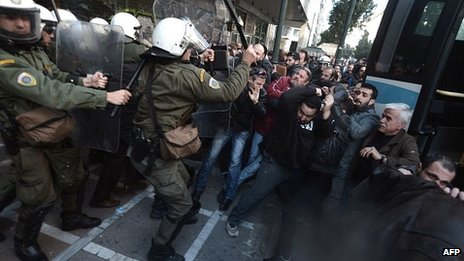 More than 30 demonstrators reached a waiting room outside the main office of employment minister Yiannis Vroutsis, who was at work at the time.

Officials said doors were broken and chairs overturned, although activists have denied this.

Police made 33 arrests and used batons to disperse a large crowd outside.

Members of the Communist-affiliated union PAME said the protest at the labour ministry was in response to comments Mr Vroutsis had made about the social security system.

One protester, Markos Bassioukas, was critical of the behaviour of the police.

“This is terrorism. They arrest workers, they beat students, they beat workers. They terrorise everyone,” he said.

“Violence in any form must be condemned – the government will not put up with this kind of incident,” he said.

Debt-ridden Greece is being kept afloat by billions of euros in bailouts from other eurozone countries and the International Monetary Fund.

In return, the government has imposed waves of unpopular spending cuts and tax rises, hitting pay and pensions and sending unemployment soaring to more than 26%.

Strikes and violent protests have become commonplace in the capital Athens and other cities. 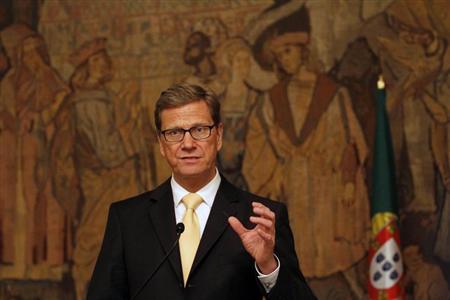