WASHINGTON (AP) — An Army captain who shoved a suicide bomber to the ground and away from his security detail became the nation’s newest Medal of Honor recipient Thursday as President Barack Obama credited his actions with preventing a greater catastrophe from occurring. 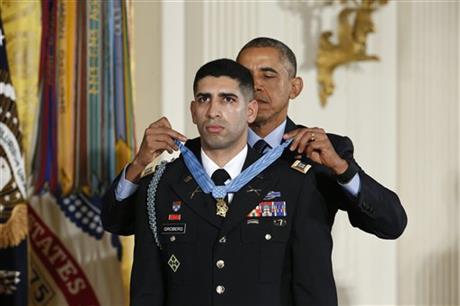 President Barack Obama bestows the nation’s highest military honor, the Medal of Honor to Florent Groberg during a ceremony in the East Room of the White House in Washington, Thursday, Nov. 12, 2015. The former Army captain received the medal after he tackled a suicide bomber while serving in Afghanistan. (AP Photo/Pablo Martinez Monsivais)

Florent Groberg, 32, is the 10th living service member awarded the nation’s highest honor for battlefield bravery in Iraq or Afghanistan.

Four people were killed in the attack, and several others were wounded. As families of the victims and some of his former Army colleagues watched, Obama draped the medal around Groberg’s neck at a White House ceremony. Groberg fought to keep his emotions in check as he faced the crowd and cameras. Afterward, he dedicated the medal to those killed and their families, saying they were the true heroes.

I am blessed and just grateful to have been given the opportunity to serve my country, Groberg said.

Groberg was helping to lead a military escort in Afghanistan’s Kunar Province when his unit approached a bridge. As two motorcyclists caused a diversion, a man dressed in dark clothing spun toward him some 10 feet away. Groberg grabbed the bomber by the vest and kept pushing him backward, with help from fellow soldier, Sgt. Andrew Mahoney. The attacker fell to ground and the bomb detonated. That explosion also caused a second, unseen bomb to detonate before it could be placed closer to the unit.

Had both bombs gone off as planned, who knows how many could have been killed, Obama said.

Groberg suffered significant nerve damage and about half the calf muscle in his left leg was blown off. He needed 33 surgeries to save his leg. 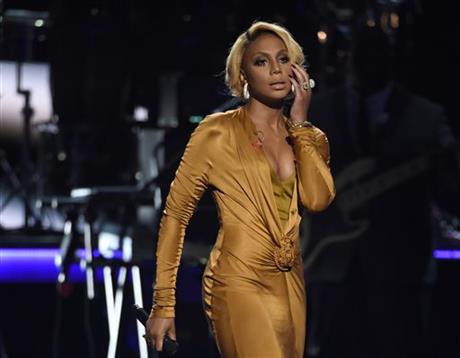 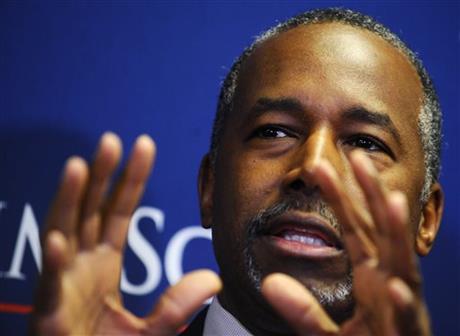