(Reuters) – Colorado became the first state to legalize the possession and sale of marijuana for recreational use on Tuesday, setting up a possible showdown with the federal government as backers of a similar measure in Washington state declared victory. 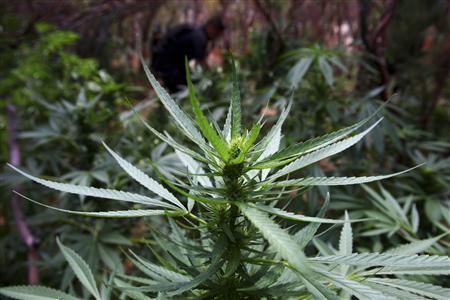 A marijuana plant is seen as officers of Baja California’s State Preventive Police (PEP) search for more plants near Hongo in the municipality of Tecate in Baja California, in this August 29, 2012 file photo. REUTERS/Jorge Duenes/Files

A third measure to remove criminal penalties for personal possession and cultivation of recreational cannabis was defeated in Oregon, where significantly less money and campaign organization was devoted to the cause.

Supporters of a Colorado constitutional amendment legalizing marijuana declared victory and opponents conceded defeat after returns showed the measure garnering nearly 53 percent of the vote versus 47 percent against.

“Colorado will no longer have laws that steer people toward using alcohol, and adults will be free to use marijuana instead if that is what they prefer. And we will be better of as a society because of it,” said Mason Tvert, co-director of the Colorado pro-legalization campaign.

The legalization puts the state in direct conflict with the federal government, which classifies cannabis as an illegal narcotic.

The U.S. Department of Justice reacted to the measure’s passage in Colorado by saying its enforcement policies remain unchanged, adding: “We are reviewing the ballot initiative and have no additional comment at this time.”

In Washington, cannabis legalization was passing by a handy margin, according to state returns, and supporters gathered at a Seattle hotel declared victory after local media, including the Seattle Times, declared the measure had been approved.

Separately, medical marijuana measures were on the ballot in three other states, including Massachusetts, where CNN reported that voters approved an initiative to allow cannabis for medicinal reasons.

Supporters there issued a statement declaring victory for what they described as “the safest medical marijuana law in the country.”

Seventeen other states, plus the District of Columbia, already have medical marijuana laws on their books.

All three proposals also would permit cannabis to be legally sold, and taxed, at state-licensed stores in a system modeled after a regime many states have in place for alcohol sales.

The Colorado measure will allow personal cultivation of up to six marijuana plants, but “grow-your-own” pot would be banned in Washington state.

Tvert said provisions legalizing simple possession would take effect after 30 days, once the election results are officially certified. The newly passed amendment also mandates establishment of a regulatory framework for sales and excise tax collections once the state legislature reconvenes in January 2013.

“The voters have spoken and we have to respect their will,” Colorado Governor John Hickenlooper, a Democrat who opposed the measure, said in a statement. “This will be a complicated process, but we intend to follow through.”

He added: “Federal law still says marijuana is an illegal drug, so don’t break out the Cheetos or gold fish too quickly.” 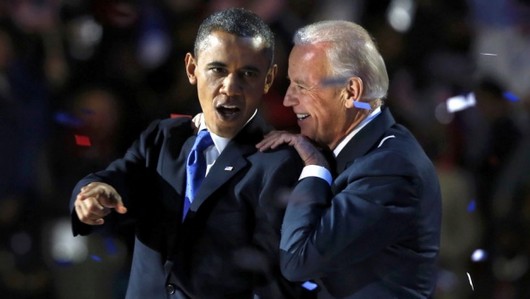 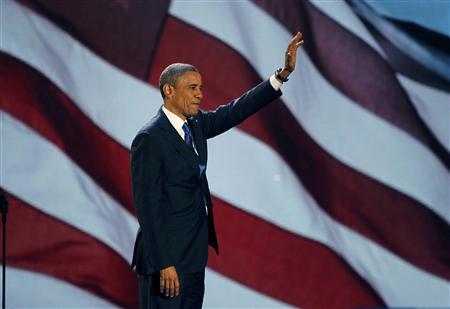 News Analysis: In the end, Obama won on the economy
Wildcard SSL