WASHINGTON (AP) — President Barack Obama heads into his second term weighed down by an American government snarled in partisan gridlock, but also by an unproductive relationship with the leader of Israel, the bedrock U.S. ally in the tumultuous Middle East.

FILE – In this Sept. 21, 2011 file photo, President Barack Obama meets with Israeli Prime Minister Benjamin Netanyahu at the United Nations. Obama heads into his second term weighed down not only by an American government snarled in partisan gridlock but also by a similarly unproductive relationship with the leader of Israel, the bedrock U.S. ally in the tumultuous Middle East. And the puzzle that is the U.S.-Israeli relationship under Obama and Netanyahu is only growing more complex. (AP Photo/Pablo Martinez Monsivais, File)

And the puzzle that is the U.S.-Israeli relationship under Obama and Prime Minister Benjamin Netanyahu is only growing more complex.

“It’s troubled. It’s the greatest dysfunction between leaders that I’ve seen in my 40 years in watching and participating,” said Aaron David Miller, a scholar at the Woodrow Wilson Center who served under six secretaries of state in both Republican and Democratic administrations. He was deeply involved in negotiations involving Israel, Jordan, Syria and the Palestinians.

“I don’t think we are headed for a showdown,” he said, “but the relationship will continue to be dysfunctional.”

Even so, the United States routinely backs Israel when much of the world is deeply critical of the Jewish state. For example the U.S. was among the few nations opposing the Palestinians’ successful bid for upgraded status at the United Nations and did not criticize Israel’s bombardment of Gaza late last year in retaliation for rocket attacks from the tiny Palestinian enclave.

Still, an array of issues muddies the alliance.

Netanyahu likely will win re-election on Jan. 22, two days after Obama is sworn in for a second term. Netanyahu is a hardliner on making peace with the Palestinians, a goal that Obama said was foremost on his foreign policy agenda at the beginning of his first term. Beyond that, Netanyahu has been pressing Washington to adopt policy specifics that would trigger a military strike if Iran does not pull back on its nuclear program – widely believed to be aimed at building an atomic bomb. Iran claims its program is for generating electricity.

Known as a maverick when he represented Nebraska in the upper chamber, Hagel is viewed by many in Washington and Israel as insufficiently supportive of the Jewish state. He has castigated what he called the “Jewish lobby” in the U.S., prompting some to label him anti-Semitic. While he voted for billions in aid for Israel, he has also called for engagement with its Hamas and Hezbollah enemies.

What’s more, he opposed unilateral American sanctions on Iran’s nuclear program, which the Netanyahu government believes is an existential threat to Israel.

Netanyahu’s office refused comment on Hagel when contacted by The Associated Press in Jerusalem. But Reuven Rivlin, parliament speaker and member of Netanyahu’s Likud party, told AP that Israelis are worried because of Hagel’s “statements in the past, and his stance toward Israel.”

But Ori Nir, a spokesman for Americans for Peace Now, a Jewish group that pushes for an Israeli-Palestinian peace agreement, said fears of Hagel are wrongheaded.

“Talk of anti-Semitism is unjust and over-the-top,” Nir said.

Republican lawmakers’ opposition to Hagel is the latest in the partisan battles that have snarled the U.S. government.

Disputes over the budget almost led to major tax increases that neither party wanted. Other fights are pending over spending cuts and the government’s borrowing authority – both with potentially dire consequences for the economy. The newly elected Congress, with a Republican-led House of Representatives and a Democratic-led Senate, is similar to the previous one, which passed fewer laws than any Congress since the end of World War II.

While most of the partisan disputes have been on domestic issues, Republicans have continually accused Obama of not doing enough to support Netanyahu’s government.

The bad blood between Obama and Netanyahu began early.

In their first public appearance together at the White House in 2009, Netanyahu pointedly rebuffed Obama’s call for Israel to stop building Jewish housing on land the Palestinians want in a future state. Obama dropped the issue after it became obvious that it was a waste of political capital at home and that Netanyahu would not budge. Netanyahu’s government has continued to announce plans for new settlements in the Palestinian West Bank.

During the presidential campaign, Netanyahu hosted Obama opponent Mitt Romney in Israel as if he were already a world leader. Netanyahu denied backing either candidate, but his words and actions clearly showed favoritism for Romney.

On Iran, Netanyahu called at the United Nations in September for the United States to draw a “red line” on Iran’s nuclear program, beyond which Iran would face military action. Obama continues to insist there is time for diplomacy, but has said he would not countenance a nuclear-armed Iran.

“The more Netanyahu believes Obama is serious about preventing Iran from getting a bomb, the better they will manage their relations,” said David Makovsky of the Washington Institute for Near East Policy. “If not, the issue of an Israeli first strike on Iran becomes more likely.”

Miller, of the Woodrow Wilson Center, said Obama will be too consumed with battling Congress on the budget, gun control legislation and other issues to spend much time on disagreements with Netanyahu.

“Is he going to go after Israel-Palestinian peace talks or war with Iran given all his domestic challenges?” Miller asked. “He will go to extreme lengths to avoid war with Iran.”

He said the two leaders are moving further apart on the Palestinian issue, but have found some consensus on Iran. “For the next six to eight months, I don’t think the president is going to push on those issues.”

But Nir, of Peace Now, says time is running out for a peace deal with the Palestinians and Israel could face another armed uprising like the one that bloodied the region in 2000.

“There’s more and more an atmosphere among Palestinians that there is no political horizon,” he said, “a feeling that diplomacy doesn’t work.” 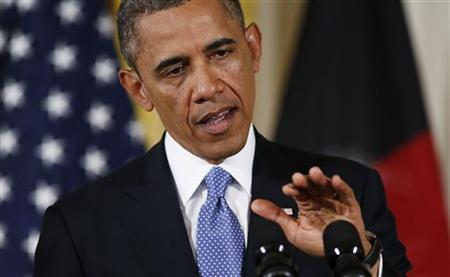 News Obama to push ahead on immigration overhaul early … 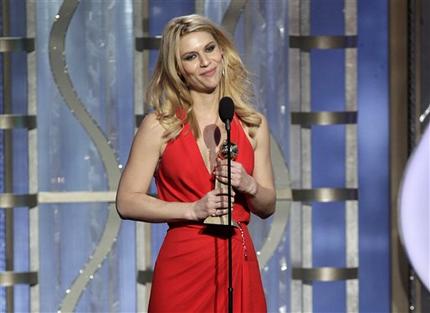