(Reuters) – A severe typhoon hit Hong Kong on Tuesday, disrupting business across the financial hub, with offices and the stock market to remain closed for at least part of the morning after the city raised its highest typhoon warning overnight.

Authorities hoisted the No. 10 tropical cyclone signal for several hours overnight, making this one of the strongest typhoons to hit the city in the past decade.

Financial markets, schools, businesses and non-essential government services close when a No. 8 signal or above is hoisted, posing a disruption to business in the capitalist hub and former British colony that returned to Chinese rule in 1997.

By 8 a.m. (0000 GMT), the typhoon was veering away from the city and weakening, although the No. 8 signal is expected to remain in force until at least 10 a.m. (0200 GMT), the Hong Kong Observatory said, which would force a closure of the stock market for the morning.

The market will be closed for the day if the No. 8 signal remains in place until noon (0400 GMT).

Fifteen flights were cancelled and more than 200 delayed late on Monday, aviation authorities said, although Hong Kong’s main carrier Cathay Pacific (0293.HK) said it planned to resume some flights. Affected airlines are expected to have to clear a sizeable backlog of stranded passengers.

The Hong Kong Observatory raised the No. 10 signal early on Tuesday as typhoon Vicente swept much closer to Hong Kong than initially thought, making this the first time the highest typhoon signal had been raised since 1999.

More than 30,000 Chinese fishing boats were alerted to return to harbour, with 10,560 fishermen taking shelter ashore in Guangdong, Chinese state media reported. Storm surges and sea wave warnings were heightened, with winds of up to 100 kph (60 mph) expected. (Reporting by James Pomfret and Tan Ee Lyn; Editing by Paul Tait) 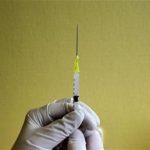 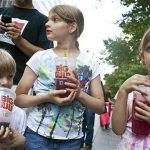 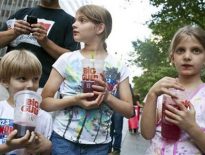 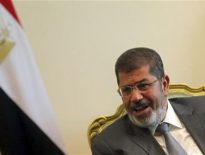