(Reuters) – Reserves Jamal Crawford and Eric Bledsoe led a fourth-quarter surge that carried the visiting Los Angeles Clippers to a 102-88 victory over the New York Knicks in a battle of NBA division leaders on Sunday.

The victory improved the Pacific-leading Clippers to 36-17, healthy again after losing eight of their last 11 games while dealing with a slew of injuries.

The Atlantic Division-leading New York, who had been 19-6 at Madison Square Garden this season, dropped to 32-17 despite 42 points from Carmelo Anthony.

“It was a team effort,” said Clippers coach Vinny Del Negro. “Everybody stepped up at some point.”

Los Angeles were coming off a 22-point drubbing by the reigning NBA champion Miami Heat on Friday when they had their full complement of players for the first time this season.

But in the early Garden matinee on a frigid day in New York, the Clippers showed off their depth and balance.

“Friday we were pretty bad,” Clippers forward Blake Griffin said. “We had lapses defensively, especially trying to slow down Melo (Anthony), but overall I thought we did a much better job as far as communicating, rotating and playing team basketball.”

Crawford and Bledsoe combined for 13 of the Clippers’ first 15 points in the final quarter as Los Angeles extended a narrow 71-70 third-quarter lead to an 86-77 bulge midway through the fourth.

Veteran Grant Hill came in to closely guard and slow down forward Anthony, who scored 38 points through three quarters.

Knicks coach Mike Woodson took some of the blame for going with his second unit during that critical stretch while he rested Anthony.

“I sat Melo to start the fourth to give him a blow. In hindsight I should have let him keep going,” Woodson said.

“That two-minute stretch we dug ourselves into a hole. I didn’t give them enough time to get back in it. I went back with our starters and at that time Melo had cooled off and we couldn’t get into an offensive flow.”

Crawford, a contender for the league’s Sixth Man award, finished with 27 points, and Chris Paul, who led the way for the Clippers in the first half, scored 25. Griffin added 17 points and Bledsoe contributed 13.

While the Clippers benefited from balance, Anthony was the primary provider for the Knicks, with only point guard Raymond Felton joining him in double-digit scoring with 20 points.

“Their bench has been good for them,” said Woodson, while adding that his second unit was not as cohesive. “We have to get them to feel good about themselves defensively because they can score the ball as well as their second unit can.”

“Now that we have everybody back, it makes that second unit stronger,” said Griffin. “That’s the way we’ve beaten teams, our second unit comes in and puts a clamp on them.

“I think our second unit is better than every second unit in the NBA, so every night we expect to win that battle.” 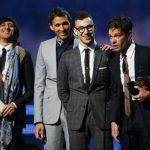 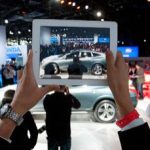 Beyoncé Reigns As The Highest Paid Woman In Music 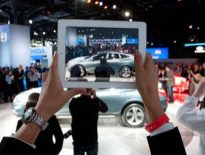 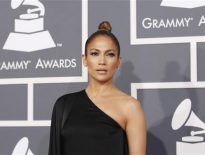