Because we all know that when things are tough, words of wisdom from Christina is EXACTLY what you need, right? RIGHT?

It’s hard to keep track of Justin Bieber’s wild lifestyle – which is mostly the reason why we wrote this timeline of his most controversial moments.

But while our Sherlock style research into his downfall probably won’t help his confidence there’s on celebrity who’s giving him a bit of advice.

Christina Aguilera – who has experienced the pressures of being young, rich and famous – told Hollyscoop: “You live life and it’s hard to grow up in front of a camera.

“You learn as you get older to take moments for yourself, step away from the camera, re-inspire yourself as an artist, rejuvenate and refresh.”

The former Mickey Mouse Club star advised Biebs to stand up for himself and don’t let people force him into decisions he doesn’t agree with.

She said: “I would tell Bieber, don’t let anything morph you or push you around or have you be something you’re not.

“I’ve always been really honest and true to my own roots and been really grounded, not letting myself stray too much.”

In an interview this week, Justin’s ex-girlfriend Selena Gomez joked about making him cry(which is what he appears to be doing in the picture above).

Can’t the kid get a break? Check out the video below to see where it all went wrong for Biebs… 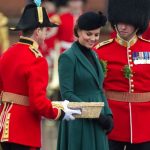 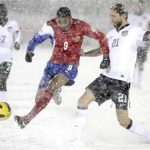 Furious Costa Rica to protest after snowy defeat to U.S

Nicolas Sarkozy to be investigated in Bettencourt scandal

Madonna: I did not say, ‘Hey, here’s my music, and it’s finished.’ It was theft 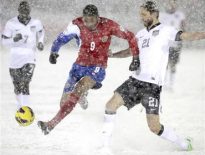 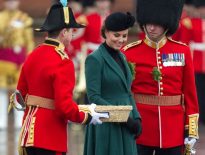