(Reuters) – Rupert Murdoch will address hostile journalists at his British newspaper arm Friday, many of them fearful after the recent arrests of senior staff at the mass-selling Sun tabloid over allegations of widespread criminality.

Murdoch, who flew into Britain late Thursday, is expected to try and quell growing anger and anxiety among reporters by committing to keeping the Times and the Sun, Britain’s top-selling daily newspaper.

However he is also likely to say that the company has no option but to cooperate with the police after a phone hacking scandal last year forced the closure of the News of the World tabloid.

Murdoch arrived at his east London Wapping base Friday and is due to meet staff later.

On the agenda will be why he formed an internal committee to trawl through 300 million emails, expense accounts and notebooks in the hunt for signs of illegality, which led to the arrests of some of the most senior and revered staff on the Sun tabloid.

The formation of the internal group, known as the Management and Standards Committee (MSC), was part of Murdoch’s attempt to get back on top of the situation in Britain after he closed the Sun’s sister title under a wave of condemnation that the group had broken the law and sought to cover it up.

But such close cooperation with the police has infuriated staff and sparked talk of a witch-hunt amongst journalists and their sources by a media owner who used to champion their work.

“The management has done nothing to protect us from this appalling invasion of our work,” one company insider told Reuters. “Nobody has said, ‘You can’t do this to journalists’. A lot of people are angry.”

Another said that after the initial shock of the arrests, many staff were now more anxious than angry and were keen to hear Murdoch commit to his British titles.

In the most recent arrests, five senior Sun journalists were held along with a police officer and other public officials, prompting staff and lawyers to complain that the details of anonymous sources were being handed over to the police.

“Every media organization has a duty to assist the police in uncovering serious crime. But it also has a fundamental duty to protect the sources that have been cultivated by its journalists under a promise of anonymity,” Geoffrey Robertson, a prominent human rights and media lawyer, told Reuters.

The very public spat has also exposed the widening division within News Corp, between the more freewheeling and highly aggressive culture of the London newsrooms and the corporate headquarters in New York, where staff have been shocked by the tactics employed by British staff.

The under-fire committee, which includes the award winning former Daily Telegraph editor Will Lewis and the PR executive Simon Greenberg, reports directly to New York and is under instruction to investigate the allegations thoroughly.

Far from apologizing, the company said it felt it had to act after Lewis and Greenberg endured an uncomfortable meeting with the officer overseeing the inquiry last year.

Sue Akers told a parliamentary committee that she had met Lewis and Greenberg to discuss “our very different interpretations of the expression ‘full co-operation.'”

“Subsequent to that meeting, I can say that relationships have been much better,” she said.

The police were themselves heavily criticized for their initial response to allegations that Murdoch journalists had hacked into phones, with the two most senior London officers standing down over the affair.

And the force is now leaving no room for doubt over its seriousness in confronting the allegations.

A person with knowledge of the investigation told Reuters this week that it had found evidence of sustained criminality involving tens of thousands of pounds, meaning Murdoch will have little option than to cooperate with police. 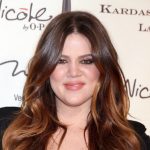 Khloe Kardashian Admits in New Interview: ‘I Have No Idea Who My Dad Is’

Chinese envoy heads to Syria after U.N. vote against Assad

Murdoch flies in to meet with angry British staff