(Reuters) – Hollywood rocked on Tuesday when former Guns N’ Roses lead guitarist Slash received a star on the Walk of Fame, which seemed fitting for the musician who first won fans in the nightclubs along Los Angeles’ Sunset Strip. 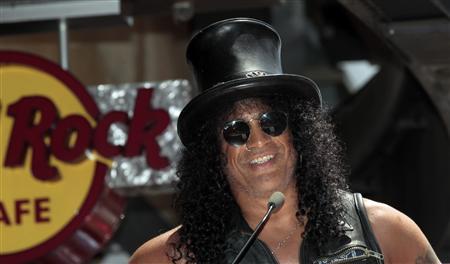 Musician Slash speaks before unveiling his star on the Walk of Fame in Hollywood, California July 10, 2012. REUTERS/Mario Anzuoni

“I’ve been a part of the Hollywood fabric for a long time and to actually be appreciated by the city of Hollywood is a huge, huge honor,” Slash said at the unveiling of his star. “And so I want to thank everybody for this; it’s unbelievable.”

The British-American rocker has sold over 100 million albums as a member of various groups including Guns N’ Roses, Velvet Revolver and others. Currently he is celebrating the release of his solo album, “Apocalyptic Love,” which hit No. 4 on the Billboard Top 200.

“It’s quite fitting I think that Slash is getting a star on the very street that Axl Rose will one day be sleeping on,” he said as the crowd erupted in laughter.

On the red carpet Slash talked about his friendship with Sheen, who has had a checkered past with drug and alcohol problems. Last year, he was fired from his hit sitcom “Two and a Half Men” before seeming to regain his footing and earning a spot in a new show, the currently airing “Anger Management.”

“Over the last few years I’ve gotten clean, you know, and he’s actually doing a lot better than anybody gives him credit for. He had his moment there, which he is still sort of living down,” Slash told Reuters. “But the thing I love about Charlie is … he just does what he does and his integrity is intact.” 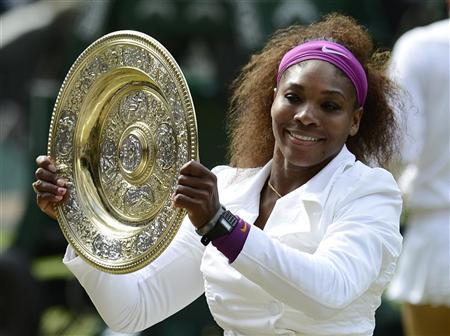 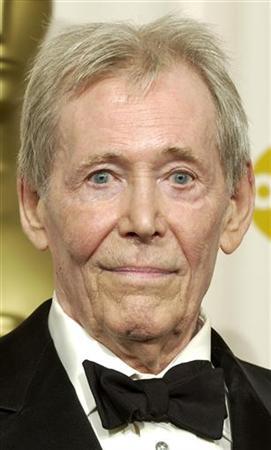