Kim Kardashian opened up to Oprah Winfrey about her relationship with Kanye West, telling the talk show host that she is glad to be dating an older man, for once in her life.

“I always dated five years younger. My whole thing was completely different, and now I just love that I’m with someone that’s a couple years older than me,” Kardashian told Winfrey.

Oprah Winfrey interviewed the entire Kardashian family for a special episode of “Oprah’s Next Chapter,” set to air on June 17 at 8 p.m. on the OWN network.

Kim Kardashian, who split with her estranged husband Kris Humphries in October after 72 days of marriage, told Winfrey that the short marriage changed her life for the better and led her to learn about herself.

“It’s like how Kourtney had this epiphany when she had her baby and she changed into a different person, I feel like I’ve had an epiphany over the last year,” Kardashian told Winfrey. “For what I’ve been through and I am that changed person, just from my own experiences.”

The episode of “Oprah’s Next Chapter” will feature appearances not only by Kardashian sisters Kim, Kourtney and Khloe, but also Kourtney’s longtime boyfriend Scott Disick and Khloe’s husband Lamar Odom. Kris and Bruce Jenner will also appear on the show, along with Kylie and Kendall Jenner and son Rob Kardashian.

When asked whether Kim thinks her family would have been as successful if they weren’t pretty, Kardashian said she is proud to have influenced what is perceived as beautiful.

“I remember when the wave of Jennifer Lopez, Salma Hayek and these beautiful Hispanic women came into light, and I looked up to them and I loved them, but I was like, ‘Where are Middle Eastern women?'” Kardashian recalled. “I think we took that category or helped broaden that.”

The Kardashian interview will be followed by the second part of Winfrey’s interview with rapper 50 Cent, which will air at 9 p.m.

Check out a preview of the Kardashians’ interview with Oprah Winfrey below. 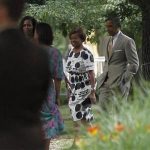 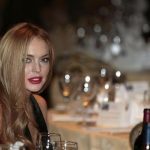 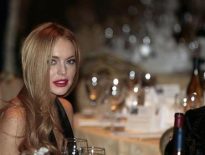 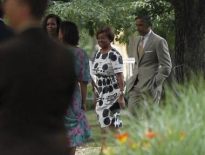