Not content with showing her nipple, Madonna continues in her quest to flash the world her private parts 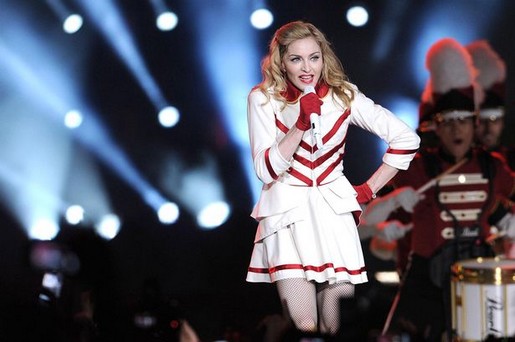 What better way to show your bum and foo foo than by dressing as a cheerleader whose sole aim is to flash their tush and titillate the audience by kicking their legs in the air while wearing a very short skirt and a misleadingly sweet smile on their face?

We can’t think of any, other than perhaps as an actual stripper, but that’s a bit obvious and Madonna’s more subtle than that, isn’t she? 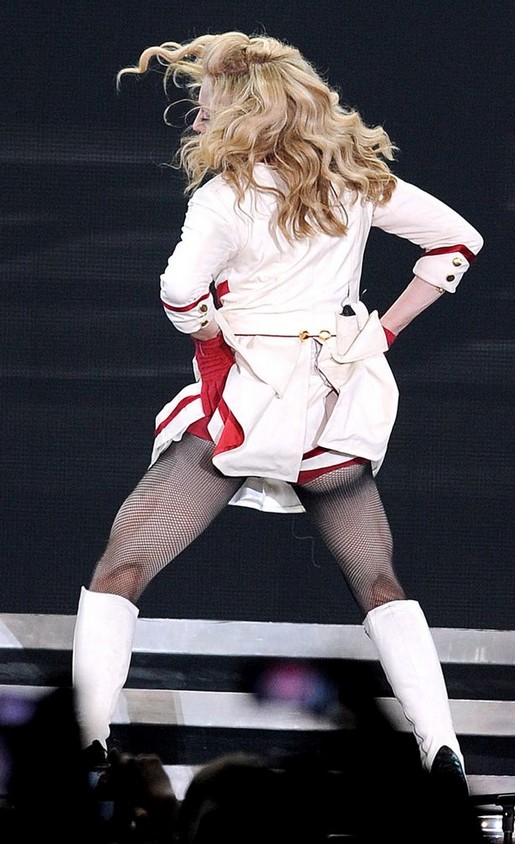 This is my bottom

No, she flippin’ well isn’t.

The other day she pulled down the lace of her bra to show the audience on her tour her nipple , as you she does. It was weird, uncomfortable, but still compelling and unmissable.

Today there’s no nipple freeing, but she is doing a fair amount of bum and lady garden flashing. 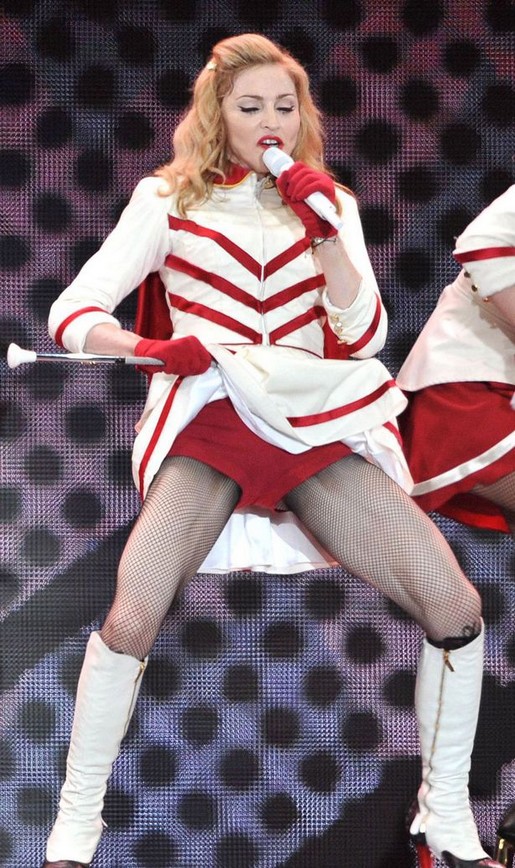 Are you getting a good view down there?

Not only that she appears to be grinding her nether regions in the faces of her Rome crowd too. We’re thinking the really lucky ones sat right at the front probably got much more than their ticket stated.

Tomorrow we bring you Madonna dressed as a baby, sucking her thumb. 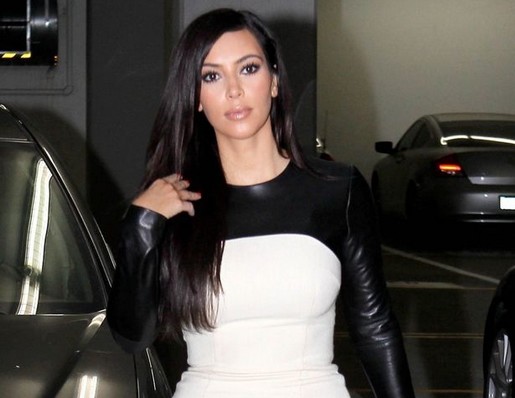 Celebrity “My butt exploded on an airplane!” – Kim… 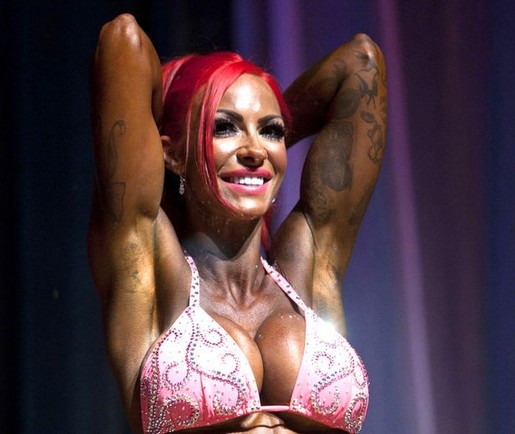