NEW YORK – “Good Morning America” cameras were there last week when co-host Robin Roberts underwent a bone marrow transplant. So were her colleagues Diane Sawyer and Sam Champion, wearing surgical masks and singing songs of encouragement. All of it was on the next day’s show, along with a detailed interview with Roberts’ doctor. 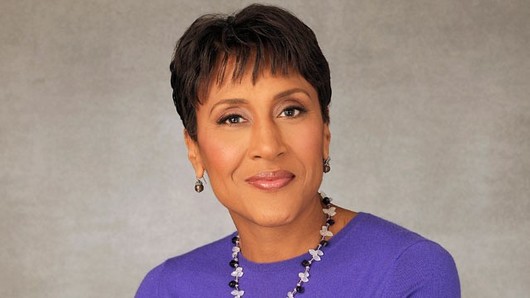 A visibly spent Roberts recorded a message to fans from a hospital bed that she could “feel the love.” ABC News’ website encourages people to “follow Robin’s journey.” Followers are pitched $5 wristbands to benefit a bone marrow registry, which her “Good Morning America” co-workers wear on TV.

Everyone wishes Roberts good health. But the extent of the show’s attention raises questions about how much is too much, and whether legitimate concern can spill over into exploitation.

“It’s a fine line between educating the audience and bringing them up to date, and crossing over and turning that into a ratings booster or an audience grabber,” said Arthur Caplan, director of medical ethics at the New York University Langone Medical Center.

Education is Roberts’ motive in publicizing her fight with MDS, a blood and bone marrow disease once known as preleukemia, according to ABC. She went through a similar process in her successful, public fight against breast cancer. A role model was Katie Couric, credited with saving lives when she used her “Today” show platform to promote screenings for colon cancer after her husband died of the disease.

Roberts has encouraged viewers to register as bone marrow donors and some 44,000 people have done so since she revealed her illness in June, said Jeffrey Chell, CEO of Be The Match, a Minnesota-based registry. That’s usually a full year’s total. Some 210,000 wrist bands have been sold, helping to fund research, outreach and treatment of people who need transplants, he said.

Her credo about making some good come of misfortune is “make your mess your message.” Nancy Grace, Holly Robinson Peete, Ellen DeGeneres, Christiane Amanpour and Couric are among the celebrities to tweet their good wishes.

The high-profile patient is a star on a morning news show that just ascended into first place in a heated ratings battle with the long-time champs at NBC’s “Today” show. An extended absence by Roberts at a key time in that competition was a worry for ABC News, even though “Good Morning America” hasn’t lost much of its audience appeal since she left.

“You can inform and help a lot of people, but there is a tipping point,” said Shelley Ross, former “Good Morning America” executive producer and once Roberts’ boss. “In my opinion, it has hit a tipping point when you have other anchors showing up in her hospital room (to) cheerlead. That was the point where it was not informative. It suddenly becomes a thread in a soap opera.

“I don’t think that’s the intent, but that’s what happened,” Ross said. “At a certain point, Robin needs to heal.”

It’s been a particularly brutal stretch for the television personality. A month ago, while waiting for the transplant of bone marrow from her sister, Roberts’ mother died.

“We hope she is not being charged with sick days,” Shales wrote, “considering the fact that her illness has practically become another character in the show’s cast.”

Responded ABC News spokesman Jeffrey Schneider: “There is one person exploiting this situation in a desperate bid to be relevant, and that’s Tom Shales. We find that to be sad and pathetic.”

ABC is acting strictly in accordance with Roberts’ wishes in its coverage of the illness, Schneider said. The show’s audience is clearly interested in her condition, too: There were 21,000 Twitter messages generated on Roberts’ last day before her leave, one of the biggest amounts of the year. When a new Roberts message was posted on the “GMA” Facebook page last Thursday, it was shared by 3,635 people, commented upon by 4,897 and “liked” by 26,482.

The morning news shows, with a heavily female audience, are most successful when audience members feel like they’re part of the family. Nothing draws a family closer together than an illness.

Since it is where she works, Roberts is particularly savvy about what a morning show audience wants to see. But even such smart people can be vulnerable, and not think clearly, when they are sick, said Dr. Barron Lerner, a Columbia University professor and author of “When Illness Goes Public: Celebrity Patients and How We Look at Medicine.”

Celebrities often start out wanting to keep their audience informed about medical issues, only to regret it when the situation becomes more serious, he said.

An employer-employee situation is another complication, and it’s healthy that people are raising questions about it, Lerner said.

“She might feel obligated in some way to give more and more information and show more and more of her situation than she might otherwise,” he said. “It’s very important that these things get suggested. I’m glad to see people are raising a red flag.”

There’s a cringe factor in these situations, NYU’s Caplan said, and it’s hard for people directly involved to see it. He sees a similar dynamic at work in hospitals all the time.

“Doctors say, `what could I do? The patient wanted it. I had to give them this weird treatment,'” he said. “But you have to retain your judgment.” 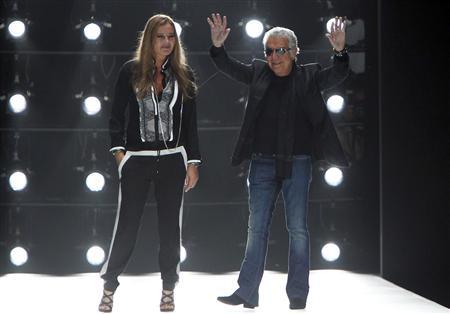 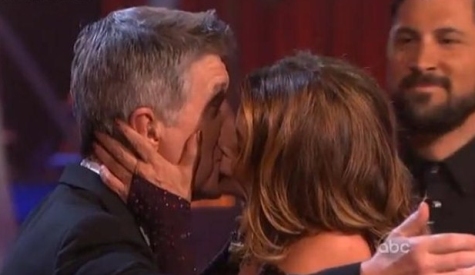