The two suspects wanted in Monday’s deadly Boston marathon bombing, using guns and explosives in what appeared to be backpacks, engaged in a violent standoff with dozens of police on a street in Watertown, Mass., Thursday night, the police and residents said.

One suspect, seen in pictures released Thursday by the Federal Bureau of Investigation wearing a black hat, had been shot, said Timothy P. Alben of the Masschusetts State Police in a press conference early Friday morning. The other, pictured in a white hat, was at large, likely extremely dangerous and the subject of a sweeping manhunt in Watertown, a quiet residential community near Boston.

The bombing killed three and wounded more than 170.

Two residents of Laurel Street in Watertown said they heard what sounded like firecrackers going off shortly before midnight. When they looked out of their windows, they saw the two young men taking cover behind a black Mercedes sport utility vehicle, in a shootout with dozens of police about 70 yards away. A transit police officer was shot, said a police spokesman, Dave Procopio, and was in serious condition.

Mr. Procopio said there was a strong possibility that the incident in Watertown was also linked to the fatal shooting of a campus police officer at the Massachusetts Institute of Technology earlier Thursday.

A Watertown resident, Andrew Kitzenberg, 29, said he looked out his third-floor window to see two young men of slight build in jackets engaged in “constant gunfire” with police officers. A police SUV “drove towards the shooters,” he said, and was shot at until it was severely damaged. It rolled out of control, Mr. Kitzenberg said, and crashed into two cars in his driveway.

The two shooters, he said, had a large, unwieldy bomb. “They lit it, still in the middle of the gunfire, and threw it. But it went 20 yards at most.” It exploded, he said, and one of the two men ran toward the gathered police officers. He was tackled, but it was not clear if he was shot, Mr. Kitzenberg said.

The explosions, said another resident, Loretta Kehayias, 65, “lit up the whole house. I screamed. I’ve never seen anything like this, never, never, never.”

Meanwhile, the other young man, said Mr. Kitzenberg, got back into the SUV, turned it toward officers and “put the pedal to the metal.” The car “went right through the cops, broke right through and continued west.”

The two men left “a few backpacks right by the car, and there is a bomb robot out there now.” Police had told residents to stay away from their windows, he said.

At least two people, one of whom appeared to be a police officer and the other a man in handcuffs were taken from the scene in ambulances, said a Dexter Street resident who declined to give his name. 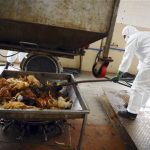 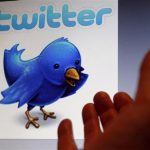 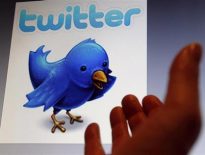 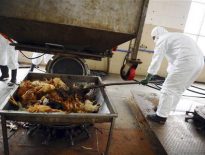