The RTP report on Thursday said Dos Santos had checked in to the oncology unit of a clinic in Barcelona. The broadcaster later said on its website he was about to undergo surgery. Neither report cited any sources.

The president is in Spain, but was not and is not interned in any hospital,” the presidency said in a statement. “He is in good health and will return within days.

In power since 1979, Dos Santos is Africa’s second longest-serving leader. He was elected for a new five-year term in August 2012, and has long kept observers guessing about who might succeed him.

More recently speculation has focused on the state of his health.

He flew to Barcelona from Luanda on November 9 on a private visit. Earlier this year he spent 56 days on a private visit abroad, which Angolan news agency ANGOP said was to Spain, although it was not clear if he spent the whole trip there.

Dos Santos led his MPLA party to victory in a 27-year civil war against rebel group UNITA in 2002 and has since trounced his former war enemy in two elections.

While he presents himself as the guarantor of stability and rapid economic growth since the end of the war, opponents and rights groups have long accused him of doing too little to fight corruption and widespread poverty.

They also accuse him of suppressing human rights and using excessive violence to clamp down on dissent.

UNITA, now the main opposition party, on Saturday held the most significant rallies since the war, to protest the kidnap and possible murder of two activists missing since May 2012. 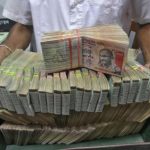 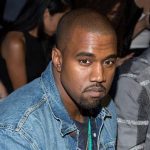 2 ‘Real Housewives of NJ’ stars to appear in court 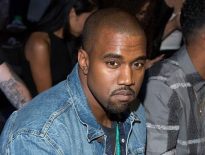 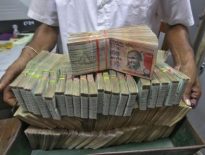 Asia Analysis – As bad loans mount, India gets to…