(Reuters) – An officer in Burkina Faso’s presidential guard seized power on Saturday promising to lead the West African country to elections after the resignation of longtime President Blaise Compaore, in an apparent putsch against the military chief of staff.

Compaore stepped down on Friday after two days of mass protests against his attempts to change the constitution to extend his 27-year rule. At least three people were killed after protesters stormed the parliament building and set it on fire.

Army chief of staff General Honore Traore, a Compaore loyalist, had quickly announced on Friday he would take over the presidency on a transitional basis, but this was rejected by the demonstrators and a number of junior officers.

After reports of heavy gunfire near the presidential palace early on Saturday, Lieutenant Colonel Issaac Zida, the operational commander of the elite presidential guard, announced on radio that he was taking power.

I assume from today the responsibilities of head of this transition and head of state, Zida said, dressed in military fatigues, in the studio of BF1 television.

I salute the memory of the martyrs of this uprising and bow to the sacrifices made by our people.

The unfolding crisis was being closely watched by the United States and former colonial power France, which were close military allies of Compaore. Under his rule, Burkina Faso became a key ally in Western operations against al Qaeda-linked groups in West Africa.

The events will also be carefully followed by other governments in West and Central Africa, where long-serving leaders are reaching the end of their constitutional terms in several countries, including Benin, Congo Republic and Democratic Republic of Congo.

Zida said the army had stepped in to avoid anarchy and ensure a swift democratic transition. He said a roadmap to elections would be drafted by a body drawn from different elements of society, including political parties and civil society.

He appealed to the African Union and West African regional bloc ECOWAS to show its support for the transition.

This is not a coup d’etat but a popular uprising, he told Reuters after making the statement. The people have hopes and expectations, and we believe we have understood them.

It was the seventh time that a military officer had taken over as head of state since the country declared independence from France in 1960, when it was known as Upper Volta.

Troops loyal to Zida had deployed at strategic points across the dusty capital Ouagadougou, enforcing a curfew from 1900 GMT to 0600 GMT. The airport and land borders had also been closed on his orders, soldiers said.

The whereabouts of Traore were not immediately clear but Zida said he was in contact with other military top brass and the general’s assumption of the presidency was null and void. Traore has not been seen in public since staking his claim to power at a news conference shortly after Compaore’s resignation.

Zida declined to disclose Compaore’s whereabouts, saying only that he was in a safe place.

A heavily armed convoy believed to be carrying the former president was seen traveling towards the southern town of Po near the border with Ghana, which is home to a large military base, diplomatic sources and domestic media said.

Despite being one of the world’s poorest nations, Burkina Faso positioned itself as a key mediator in regional crises under the stewardship of Compaore – renowned as a skilled negotiator and a wily, ruthless politician.

A taciturn former soldier who had survived several bids to oust him since he seized power in a 1987 military coup, Compaore had initially sought to defy calls for him to step down after protests turned violent on Thursday.

But his bid to cling to power – and its lavish trappings – angered many young people in a country that is stagnating at 183rd out of 186 countries on the U.N. human development index.

With an average age of less than 18, most of the country’s 17 million population have never known another leader.

Crowds danced, cheered and blew whistles in the central Place de la Nation in Ouagadougou after his resignation.

This is a sub-Saharan Spring and it must continue against all the presidents who are trying to hang on to power in Africa, said law student Lucien Trinnou, referring to the Arab Spring that toppled several long-term leaders. 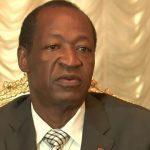 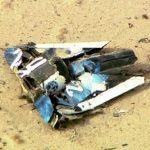 Top 5 IT Courses For A Successful Career 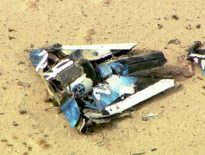 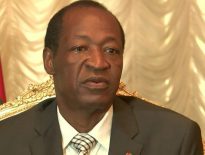