COPENHAGEN, Denmark (AP) — One was a security guard, gunned down while protecting a bat mitzvah near Copenhagen’s main synagogue. The other was a documentary filmmaker slain at a seminar on art and freedom of expression. 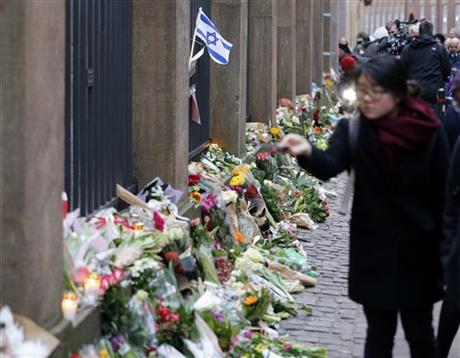 Flowers lay in front of the synagogue where one person was killed in Copenhagen, Denmark, Sunday, Feb. 15, 2015. The alleged shooter was later killed by police who believe he also shot another person at a cultural center. (AP Photo/Michael Probst)

This is how friends and colleagues remembered the two men killed this weekend by a gunman who opened fire in Copenhagen.

He was a person who was always willing to help. An amazing, amazing guy, said Rabbi Jair Melchior, speaking from Israel’s international airport before boarding a return flight to Denmark.

The 37-year-old Uzan was on duty when he was shot to death early Sunday while guarding a building behind the synagogue.

There are an estimated 6,000 to 7,000 Jews in Denmark, including about 2,000 active members in the religious community. It operates its own security patrol that coordinates with police to protect Jewish institutions.

Uzan had wanted younger members to replace him in the security detail, the rabbi said, but the community kept asking him to serve as a guard.

His family is active in the community, and Uzan attended Jewish school and joined the community’s security efforts from a young age, Melchior said.

Uzan was a talented basketball player with a degree in politics. He lived in Israel for a while and learned to speak Hebrew fluently, Melchior said.

A fellow producer described documentary filmmaker Finn Noergaard as a fundamentally decent man who wanted to make a difference.

The 55-year-old Noergaard worked on TV productions about children and their relationship to prisons and minorities in Danish society.

On Saturday, he went to a cafe in northern Copenhagen to attend a public forum titled Art, Blasphemy and the Freedom of Expression. The event featured Swedish artist Lars Vilks, who had caricatured the Prophet Muhammad and had faced death threats because of it.

During the event, a gunman shot through the windows of the Krudttoenden cafe, killing Noergaard. Vilks was unharmed.

Thomas Bartles, the producer, said Noergaard was likely present because he was very interested in issues like freedom of speech.

Among the documentaries that Noergaard directed and produced were Boomerang Boy in 2004, which was about an Australian youth’s dreams to become a world boomerang champion, and Le Le in 2008, about Vietnamese immigrants in Denmark.

He was a very generous and warm person, Larsen said. 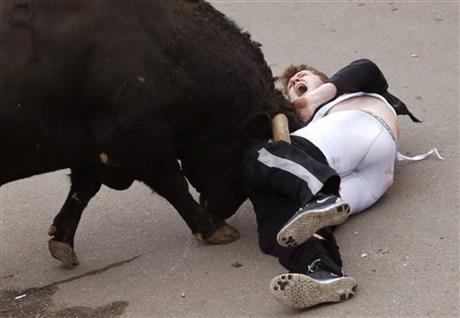 Europe American youth gored by bull in Spain out of inten… 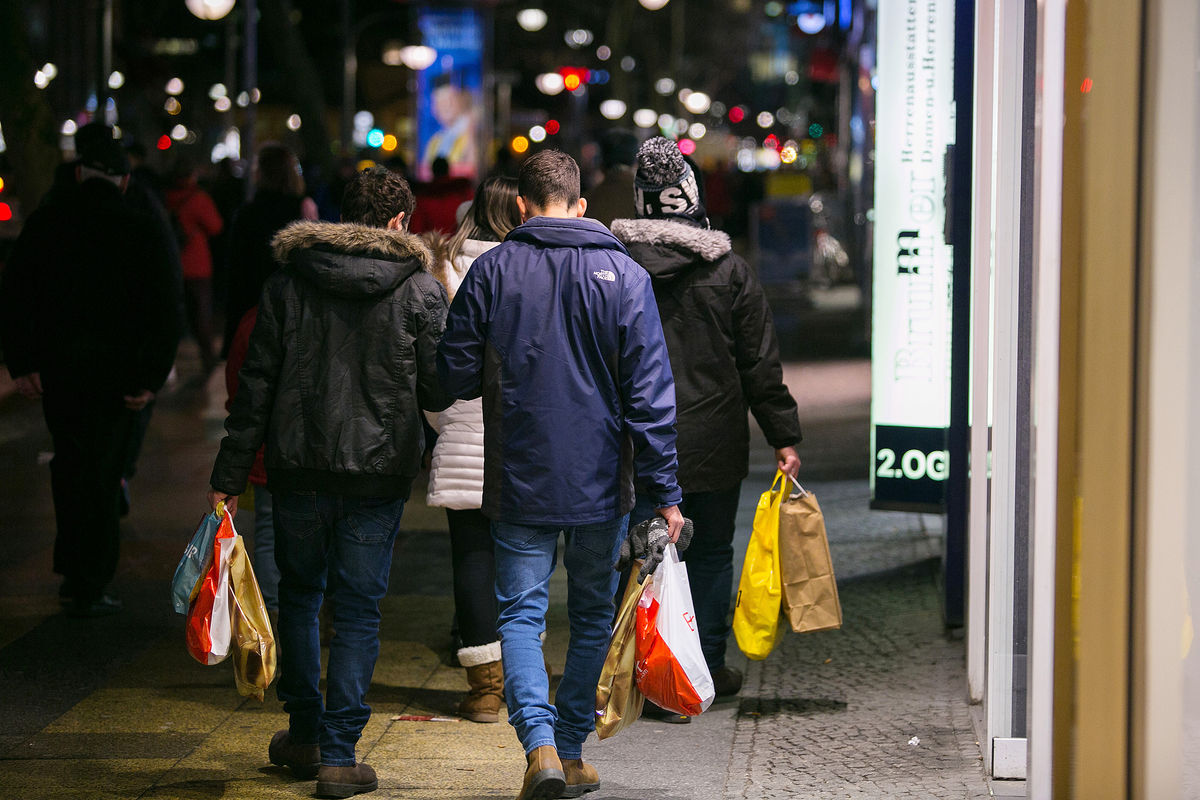