The FBI is offering a $5,000 reward for information leading to the arrest of anyone connected to a fire that badly damaged an Islamic center in southeastern Missouri and that coincided with the start of a holy month for Muslims.

Richard Quinn, the special agent in charge of the St. Louis Division, announced the award Friday, hours after the fire broke out early that morning at the Islamic Center of Cape Girardeau. Twelve to 15 people were evacuated and escaped injury. Fire Chief Travis Hollis said the damage to the building was extensive.

The Missouri chapter of the Council on American-Islamic Relations, a Muslim advocacy group, said the fire began at the front door of the building. CAIR noted the timing of the blaze — Thursday night was the beginning of Ramadan, a holy month during which Muslims fast and pray.

Because the fire was deemed ‘suspicious,’ and because it occurred at a house of worship on a significant religious date, we urge law enforcement authorities to investigate a possible bias motive for the blaze, CAIR’s national communications director, Ibrahim Hooper, said in a statement.

The federal Bureau of Alcohol, Tobacco and Firearms and the state fire marshal also are investigating the fire.

Cape Girardeau is about 115 miles south of St. Louis.

←
→
Tags: FBI, Investigation, The Islamic Center of Cape Girardeau, Us

Poll shows Romney in the race in Mississippi, Alabama
Obama pays tribute to John F. Kennedy legacy
Former President George H.W. Bush spends Christmas in hospital
Obama embarks on first working day of 2nd term
How To Kill A Drug Company: Reorganize The Life Out Of It
Dionne Warwick calls Whitney ‘the little girl I never had’; and Bobbi K. didn’t get everything
U.S. HealthCare.gov website faces new tests as traffic builds
Obamacare is on the horizon, but will enough people sign up? 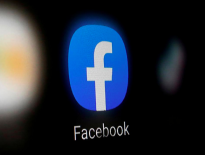 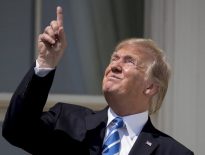