NEW ORLEANS (AP) — A man and a 7-month-old boy were fatally shot in an apparent ambush on a New Orleans bridge. 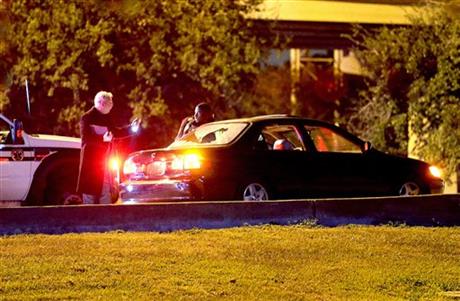 New Orleans police examine a car with a shot-out rear window as they investigate a shooting on the Crescent City Connection which left a man and an infant dead on Wednesday, Nov. 13, 2013. New Orleans police spokesman Officer Frank B. Robertson III says the shooting was an apparent ambush that occurred while the man was driving. (AP Photo/Michael DeMocker, Nola.com / The Times-Picayune)

Someone opened fire on the 25-year-old man Wednesday night as he rode in the back seat of a black Honda Accord on the Crescent City Connection bridge, police spokesman Frank B. Robertson III told The Associated Press.

The boy was in a car seat beside the man, Robertson said. He says a woman who was driving and another woman who was a front-seat passenger were not hurt.

The boy was taken to a hospital, where he died.

The shooting happened just past the toll plaza area on the West Bank entrance to the bridge.

Police do not have a named suspect, but believe the shooter knew the man, Robertson said.

Police Superintendent Ronal Serpas said the death of a baby is hard to endure and called on the public to help in the investigation.

I’ve been crossing under yellow tape for decades, and it’s difficult and disturbing every single time. But it was heartbreaking to see what was clearly a bullet hole in the side of a baby’s car seat, Serpas said in a news release. No family should have to endure the murder of a 7-month-old baby.

Related:  Obama, in jab at Santorum, says college not a luxury
Powered by Inline Related Posts

Our detectives are doing all they can to gather information to identify those involved, Serpas said. But we need people who know something about this to call us. Simply put: It’s the decent thing to do. It’s the right thing to do. And it’s our most effective way to put an end to senseless violence. 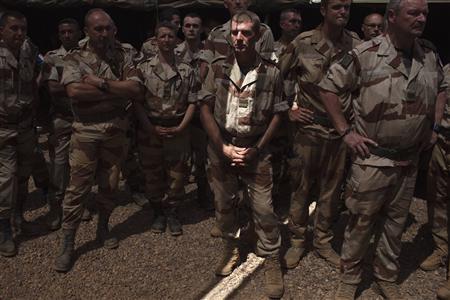 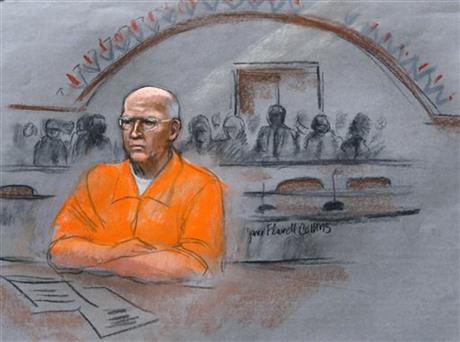