Despite swearing he would not have anymore children after his first son, the active pensioner feels blessed to provide a sibling for his eldest 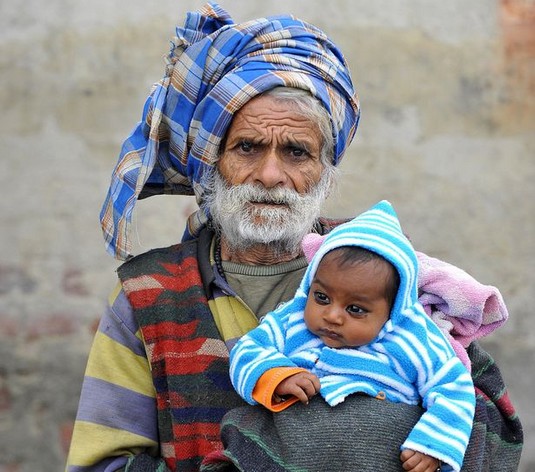 New dad at 96: Meet the world’s oldest father who’s just welcomed second son with his wife half his age – Barcroft

An OAP has become the world’s oldest dad for the second time – at the age of 96.

Pensioner Ramjeet Raghav and his wife Shakuntala, who is half his age, welcomed their second son Ranjeet into the world earlier this month.

And Ramjeet admits that his neighbours are more than jealous of his sex drive, saying: “I do it three or four times a night.”

Ramjeet had already become the world’s oldest dad in 2010 when aged 94 he had first born Bikramjeet.

And despite swearing he would not have anymore children after his first son, the active pensioner feels blessed to provide a sibling for his eldest. 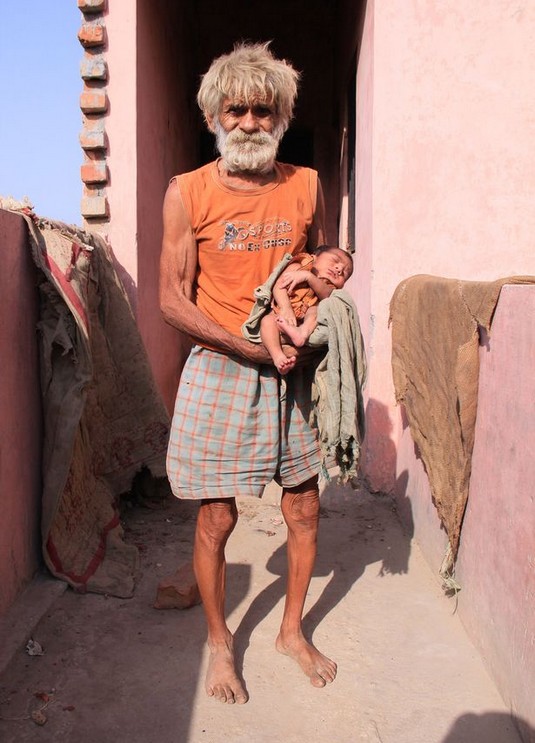 Speaking at his home in the state of Haryana, 50km from Delhi, Ramjeet added: “What can I do? This is all god’s wish. He wanted me to have another son.”

The pensioner and his wife Shakuntala, 54, gave birth to the healthy boy earlier this month at the Government hospital in Haryana, Northern India.

Ramjeet, who lives in a single room tenement, has high hopes for his sons. He said: “I have been a farmer all my life. But I want them to become high ranking government workers.

“It’s good that I have another son now. Even if one of them dies, god forbid, I will have someone to carry on my family name.”

Incredibly, Ramjeet told how doctors laughed at him when he said he was the father. He said: “They just laughed but they were very surprised.”

But he also revealed his neighbours have become jealous of his fertility.

Ramjeet said: “”My neighbours are jealous and they keep asking me for my secret but all I tell them is that it is God’s will.

“I do it three or four times a night.

“I’m healthy and I enjoy sex with my wife. I think it’s very important for a husband and wife to have sex regularly and when she asks I will go on all night but for the sake of my child I’ve put our needs aside for now.” 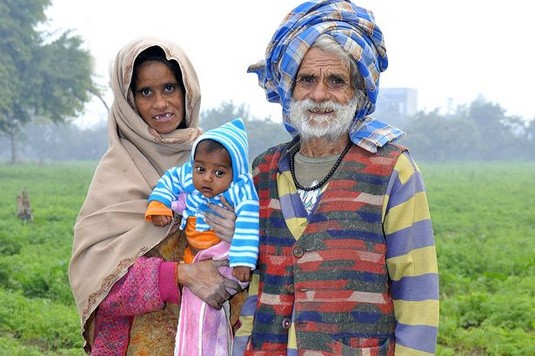 Father-of-two Ramjeet claims that a daily diet of almonds, butter and milk kept him sexually active.

But following the birth of their first son, Bikramjeet, the couple temporarily put their sex life on hold as they dealt with their new-found parenting duties.

With the arrival of baby Ranjeet, it appears high protein foods are back on the menu.

The energetic lover claims he can make love better than any younger man.

He said: “I care for my wife and I give her everything she needs. She is a very happy woman.’

After meeting his wife Shakuntala on a rainy morning while sitting next to a Muslim shrine, he asked her to come home with him and she’s never left. 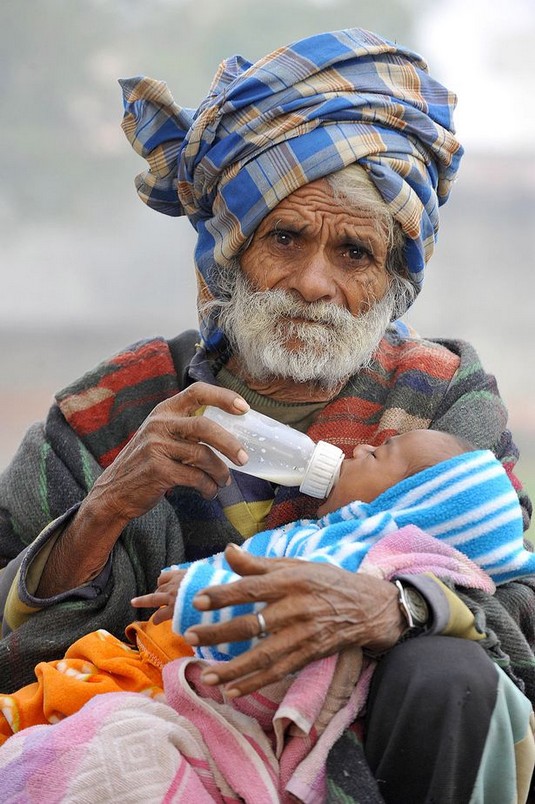 She  didn’t have any family or friends around, and I wanted to help her,” he explains.

“I took her under my wing and taught her some yoga and we fell in love. Many of my past girlfriends had died so I had never married and then I asked Shakuntala to be my wife.£

Shakuntala believes she would’ve been dead by now if it wasn’t for Ramjeet’s caring ways.

She said: “It doesn’t matter how old he is, I love him and I care for him dearly even, though he shouts at me sometimes.

“He doesn’t seem old to me, he can make love like any 25-year-old man, even better because he can go on all night, and he makes a wonderful father.”

Ramjeet first married at the age of 24. But after being widowed for 25 years, he married his current wife, Shakuntala, who have been together for 22 years now.

Ramjeet said he had always wanted children but he was never in the right relationship. 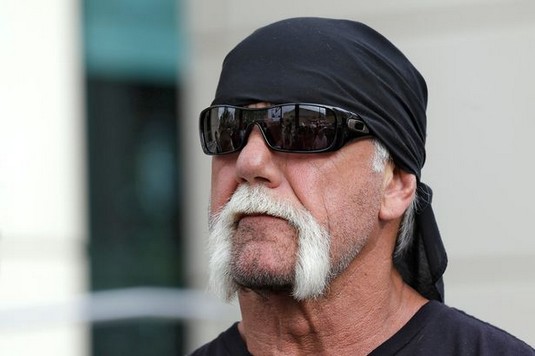