Obama shifts from grit to glitz in election-year contrast

(Reuters) – Talk about a venue change. 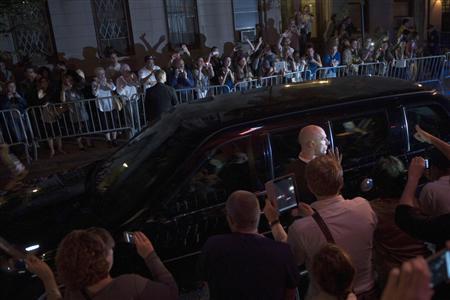 Obama has shaped his re-election message around appealing to middle-class voters, many of whom continue to struggle to find work and afford their homes years after economic recession hit.

But the Democratic president, like his Republican opponent and candidates before them, is also targeting wealthy supporters to help fill his campaign coffers as he seeks to win a second White House term on November 6.

The contrast was especially sharp for Obama on Thursday.

In a speech at a community college in Cleveland, Ohio, he said that Republican presidential contender Mitt Romney would hollow out the middle class with his policies favoring the rich.

Hours later, he was holding court in the elegant dining room of Parker’s four-story brownstone in Manhattan’s West Village, where 50 guests including actress Meryl Streep and designer Michael Kors paid $40,000 a plate for dinner.

Then he spoke to a $10,000-per-person fundraiser in a lavish ballroom of the Plaza Hotel featuring singers Mariah Carey and Alicia Keys, telling the well-heeled crowd that he was committed to ensuring economic opportunities for all Americans.

The White House said it was important for the president to connect with high-rolling donors in an election year where competition for fundraising dollars is intense.

“There is no question that running for president is an expensive proposition,” White House spokesman Jay Carney told reporters on Air Force One on Thursday morning. “The president has supporters from all income groups,” he said.

Obama’s campaign has prided itself on raising money from large numbers of donors giving small amounts, compared with powerful Republican donors such as billionaire Sheldon Adelson who give millions to outside groups opposing the president.

Former Ohio Governor Ted Strickland said that Obama still needed to make sure he has the resources to compete.

“If he were to move in (to Sarah Jessica Parker’s house) and forget all the rest of us, that would be something else. But the president is concerned about the middle class, that is evident in the programs he is trying to introduce,” he said.

Both presidential contenders are on fundraising sprees this election year. With outside groups pledging millions, spending on each side of the aisle could top $1 billion.

At a fundraiser on Thursday in Chicago, Romney added at least $3.3 million to his campaign war chest. The former private equity executive and Massachusetts governor brought in some $77 million last month, topping Obama’s more than $60 million.

Obama said in Ohio and also in New York that the Romney campaign would spend huge sums on negative ads blaming him for continued weakness in the economy, making it a close election.

“The good news is, I believe we are right,” he said at the Plaza event, laying out his vision for targeted investments to create broad-based growth and slamming Republican proposals to reduce taxes further on the very wealthy.

Parker, whose “Sex and the City” character, Carrie Bradshaw, was a style icon known for her expensive shoes, wore a dark lace dress and sparkling jewels at the fundraiser in her home, which she co-hosted with Vogue editor Anna Wintour.

The actress – married to Broadway actor Matthew Broderick – sent an email to Obama supporters in May saying the event would be “fabulous” and offering them a chance to win two seats at her dinner party if they made an online donation.

The contest winner was identified on Thursday as Robin Hunt, an administrator at Johns Hopkins Hospital in Baltimore who attended the elegant meal with her mother.

The Obama campaign did not disclose how much money it raised from the raffle. But a similar fundraiser last month at the home of Oscar winner George Clooney, where two women won tickets to attend along with their husbands, raised nearly $15 million.

Republicans have drawn attention to Obama’s celebrity hobnobbing to paint him as out of touch at a time when U.S. unemployment remains stubbornly high and growth is tepid.

“Where would President Obama get an outrageous idea like ‘the private sector is doing fine?’ Perhaps from one of his many star-studded fundraisers,” Republican National Committee Chairman Reince Priebus wrote in a column.

Obama acknowledged earlier on Thursday that he erred last week when he said the private sector was “doing fine.” Some protesters near Parker’s home seized on the president’s rare gaffe, with one holding up a sign reading: “Carrie Bradshaw: Doing Fine, The Rest of Us Not So Much.”

In her email to Obama supporters, Parker referred to her own middle-class upbringing in Ohio and said she, like other high earners, did not need the tax breaks espoused by Republicans.

Obama shifts from grit to glitz in election-year contrast 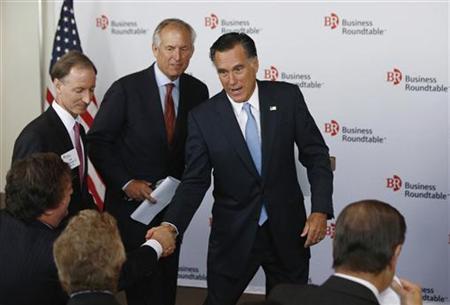 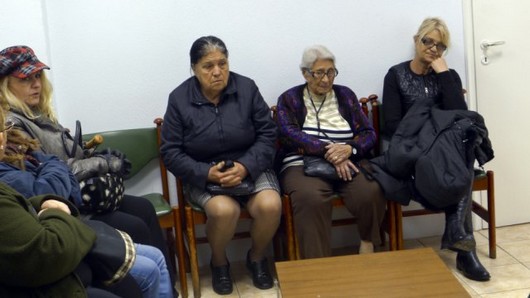