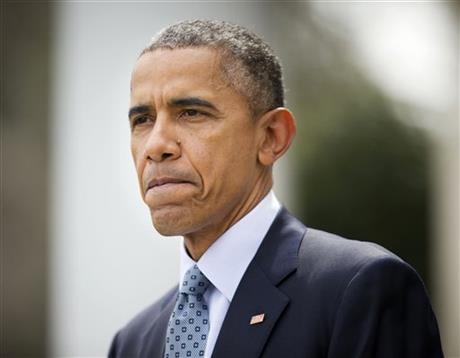 President Barack Obama pauses while speaking in the Rose Garden of the White House in Washington, Thursday, April 2, 2015, about the breakthrough in the Iranian nuclear talks. The president heralded a framework nuclear understanding with Iran as an “historic” agreement that could pave the way for a final deal that would leave the U.S., its allies and the world safer. (AP Photo/Pablo Martinez Monsivais)

A blueprint finalized Thursday after marathon negotiations in Switzerland did little to ease the standoff between Obama and some lawmakers over Congress’ role in a final accord. The president has vowed to veto legislation giving Congress the ability to approve or reject a deal, and he made a fresh appeal for lawmakers to give the U.S. and its international partners space to hammer out a comprehensive agreement ahead of a June 30 deadline.

The issues at stake here are bigger than politics, Obama said. These are matters of war and peace.

But Republican leaders reaffirmed their intent to vote on legislation giving Congress the last word. Tennessee Republican Sen. Bob Corker, chairman of the Foreign Relations Committee, said the panel will vote on such a measure when lawmakers return from a spring recess on April 14.

The administration first should seek the input of the American people, Corker said.

Some Democrats have backed Corker’s quest for a congressional vote on an Iran deal, raising the possibility that lawmakers could override a presidential veto. New Jersey Sen. Bob Menendez, who is stepping down as top Democrat on the Senate Foreign Relations Committee after his indictment on corruption charges, is among those who backs congressional action.

If diplomats can negotiate for two years on this issue, then certainly Congress is entitled to a review period of an agreement that will fundamentally alter our relationship with Iran and the sanctions imposed by Congress, Menendez said in a statement Thursday.

For Obama, achieving a nuclear deal with Iran would be a crowning foreign policy achievement and a validation of his pursuit of diplomacy. His overtures to Iran date back to his first presidential campaign in 2008, when he said he would be willing to talk with Tehran’s leaders without preconditions. As president, he has staked enormous political capital on the nuclear negotiations, including secretly approving backchannel talks with Iran largely without the knowledge of Congress and key allies.

Senior aides said Thursday that Obama has devoted more time to Iran in recent weeks than any other foreign policy issue, a striking acknowledgment given the upheaval in Yemen and U.S. military engagement in Iraq and Syria.

With Congress in the midst of a two-week recess, the Obama administration has time to wage a campaign to get lawmakers to hold off on legislative action. The president called congressional leaders Thursday afternoon and administration officials planned extensive briefings for lawmakers on the details of the framework.

Senior administration officials said Obama is open to discussions about how Congress can play an oversight role, though they reiterated Obama’s opposition to any legislative action occurring while negotiators try to hammer out a final agreement ahead of a June 30 deadline. Officials also did not specify what kind of oversight role they envisioned for lawmakers.

Several Democrats rallied around Obama after the framework was announced. Rep. Adam Schiff of California, the top Democrat on the House Intelligence committee, said the framework indicates that a negotiated resolution of Iran’s nuclear program may be possible and he called on Congress to ensure that its actions do not preclude reaching an acceptable agreement.

Skepticism of the Iran negotiations extends beyond Capitol Hill. Israeli Prime Minister Benjamin Netanyahu, one of the fiercest critics, told Obama on Thursday that a final deal based on the agreement would threaten the survival of Israel. The White House said Obama assured Netanyahu that the agreement would not diminish U.S. concerns about Iran’s sponsorship of terrorism and threats toward Israel.

The U.S. and its negotiating partners — Britain, France, Germany, Russia and China — have been engaged in nuclear talks with Iran for 18 months. After blowing past a March 31 deadline, the parties reached a framework agreement Thursday outlining limits to Iran’s nuclear program. In return, economic and financial sanctions related to Iran’s nuclear programs are to be rolled back by the U.S., the United Nations and European Union after the U.N. nuclear agency confirms Iran’s compliance.

Obama cautioned that it was still possible the parties won’t be able to find common ground as they hammer out tough technical details in the coming months. But he warned lawmakers that Congress must not be the body that derails a deal.

If Congress kills this deal — not based on expert analysis, and without offering any reasonable alternative— then it’s the United States that will be blamed for the failure of diplomacy, Obama said. International unity will collapse, and the path to conflict will widen. 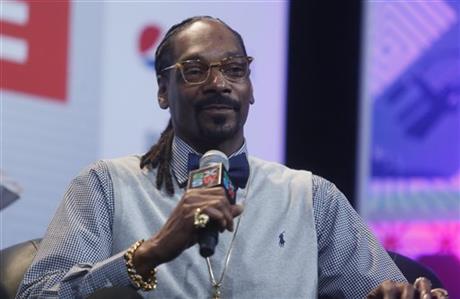 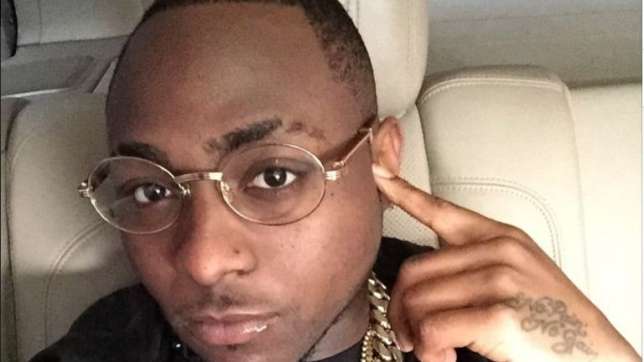