Police in India’s Madhya Pradesh state say they have arrested six people in connection with the gang rape of a Swiss tourist.

The accused will be presented before a magistrate on Monday, a senior police official told Reuters news agency.

The woman was attacked as she camped with her husband in woodland near a village in Datia district on Friday.

The arrests come as cross-party talks on harsher punishments and tougher laws for rape begin in the capital, Delhi.

The latest attack comes three months after the gang rape of a 23-year-old female student on a bus in Delhi.

The rape and the student’s later death in hospital triggered widespread protests against the treatment of women in India and sparked demands for tougher laws.

In Friday’s incident, a group of men overpowered the Swiss woman’s husband before gang-raping her. The couple were also robbed of their valuables, including a laptop, which police say have been recovered.

Police spokesman Dilip Arya said the six men were aged 20-25 and belonged to a local tribe.

Twenty more people were being questioned in connection with the case, local police official SM Afzal told the BBC.

The woman and her husband have left Madhya Pradesh and have reached the Swiss embassy in Delhi, reports say.

“A decision regarding the next steps… in the interest of the two concerned Swiss citizens will be made with them in due course,” a spokesman for the Swiss ministry for foreign affairs said in a statement quoted by Reuters news agency.

On Sunday, a senior police official denied media reports that the suspects had confessed to their involvement in the crime.

The victim, who is reported to be 39 years old, and her husband had been cycling from Orchha to Agra, to see the Taj Mahal, a distance of about 250km (155 miles), when they decided to camp for the night in a forested area.

One report cited the victim’s husband as saying that the group of men had approached them at about 21:30 (16:00 GMT). They then began beating him with wooden sticks before tying him up and sexually assaulting his wife in front of him, he is reported to have said.

The assailants stole the couple’s valuables, including 10,000 rupees ($185) and a laptop computer, before fleeing into the woods.

India’s political parties are also taking part in previously scheduled meetings to discuss harsher punishment for rapists, including the death penalty. They will also consider lowering the age of consent for sex to 16.

A bill or bills with these laws must be tabled during the current session of parliament. If the bill is not passed, the ordinance will lapse. 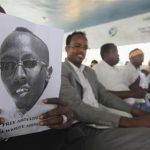 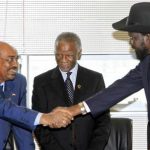 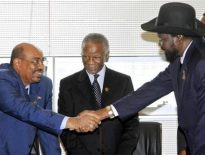 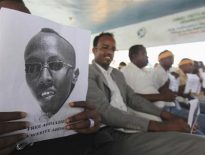