Two dead, up to 100 hurt in massive pileup on foggy Texas highway

(Reuters) – A high-speed pileup of up to 150 vehicles on a fog-bound Texas interstate highway killed at least two people on Thursday and injured up to 100, a sheriff’s spokesman said. 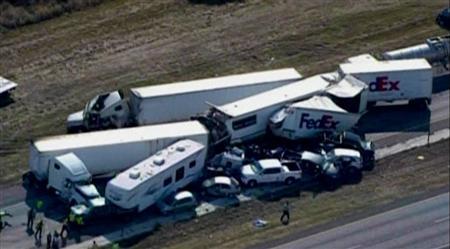 A pileup of 80 to 100 vehicles on a foggy Texas interstate near Beaumont, is pictured in this still image taken from video courtesy of KPRC-TV, November 22, 2012. The pileup in the eastbound lane of Interstate 10 near Beaumont shut down the highway in both directions and injured at least 51 people, eight critically, officials said. REUTERS/KPRC-TV/Handout

The chain reaction of collisions shut down Interstate 10 about 15 miles west of Beaumont for several hours, said Deputy Rod Carroll of the Jefferson County Sheriff’s Office.

Two bodies were found underneath a tractor-trailer, he said. After all vehicles were searched, authorities determined as many as 100 people were injured, up to 12 of them seriously or critically hurt, Carroll said.

“People were not driving for the conditions at hand,” he said.

He said the initial accidents took place separately about a mile apart on the east- and westbound sides of the interstate.

The highway had been crowded with motorists traveling over the Thanksgiving holiday. Many of the vehicles were moving close to the posted speed of 70 mph despite dense fog that limited visibility, Carroll said.

The westbound lanes of the interstate have been reopened, he said.

(Reporting by Ian Simpson in Washington; Editing by Sandra Maler and Todd Eastham)

Two dead, up to 100 hurt in massive pileup on foggy Texas highway 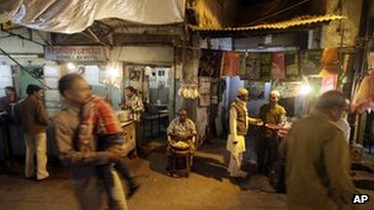 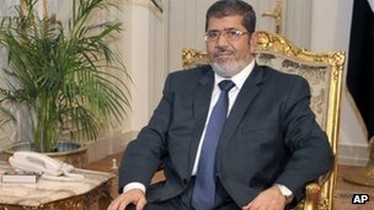