There are still problems from the storms before Christmas, and fresh floods are blocking roads and railways across the country.

Travellers across the country have had plans ruined by fresh floods, which are blocking roads and railways.

Many major roads were flooded, while trains to and from Gatwick Airport in West Sussex were among those affected by storm-related problems .

Southern and south west England, Wales and Scotland bore the brunt of the adverse weather, while travellers whose services were running normally had to contend with wind and rain on the way to work.

Electrical supply problems at South Croydon in south London meant delays of up to 40 minutes on trains between Gatwick Airport and East Croydon, while a signalling problem at Dorking in Surrey led to hold-ups between Dorking and Leatherhead.

Pre-Christmas flooding has meant that no trains are able to run on the Isle of Wight, with services not expected to start again until well into January.

Earlier problems have also led to buses replacing trains between Petersfield in Hampshire and Haslemere in Surrey, with rail services not expected to resume until Sunday.

The bad weather meant there were also no trains today between Guildford in Surrey and Ascot in Berkshire, while flooding meant services were unable to operate between Paignton and Newton Abbot in Devon or between Liskeard and Looe in Cornwall.

In Wales, buses replaced trains between Pwllheli and Harlech and between Llanelli and Carmarthen where the line was blocked.

In southern Scotland, electrical supply problems between Carstairs and Lockerbie caused delays of up to 60 minutes, with Virgin’s West Coast services among those affected.

Sections of a number of major roads were closed due to flooding. These included the A29 in Bognor Regis in West Sussex, the A30 in Windlesham in Surrey, the A438 at Letton in Herefordshire, and the A487 near Newgale in Pembrokeshire.

There was also flooding on the A1101 near Welney in Norfolk, on the A3055 at Sandown on the Isle of Wight and on the A4042 at Abergavenny in South Wales. 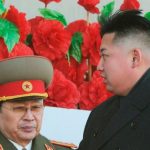 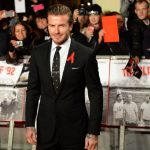 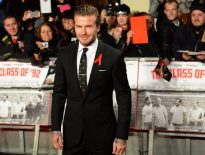 Celebrity David Beckham is ‘delighted’ after he … 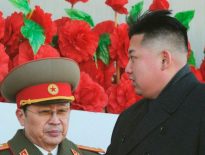