(Reuters) – Early voters could account for up to 40 percent of all ballots cast in the 2012 U.S. presidential election, and polls of people who already voted show President Barack Obama with a comfortable lead over Republican challenger Mitt Romney.

Both candidates have been urging supporters not just to vote but to do it early as Republicans and Democrats campaign vigorously – particularly in key battleground states – to lock up as many votes as possible before Election Day on November 6.

Polls of people who say they already have voted show Obama with a lead in many of the states. The Obama campaign, which benefited from early voting in 2008, has focused heavily on urging supporters to vote early in this election as well.

Obama leads Romney 54 percent to 39 percent among voters who already have cast ballots, according to Reuters/Ipsos polling data compiled in recent weeks. The sample size of early voters is 960 people with a credibility interval of plus or minus 3.5 percentage points.

Allison Gilmore voted during her lunch break at a community center in Arlington, Virginia. Like many who vote early, Gilmore was not sure she could make it on Election Day.

“I don’t know how busy I’ll be at work, (with) childcare – and I want to make sure I get my vote in,” said Gilmore, 35, who declined to say for whom she voted.

Another voter, Myrna Levey of Cleveland, Ohio, said she voted early for Obama, by mail through an absentee ballot.

“It’s more convenient,” said Levey, 74. “They moved our voting place several blocks away and it is no longer in walking distance.”

Early voting, which began in some states in September, is now underway in nearly all 50 states, either by mail-in or in-person voting. Political scientists who specialize in early voting predict that a record 35 to 40 percent of all U.S. voters will cast their ballots before the November 6 election.

“There’s a lot of activity out there with both the Romney and the Obama campaigns organizing and mobilizing their supporters to vote early,” McDonald said.

According to McDonald’s data, states such as Iowa and Ohio – both of which are considered pivotal in the election – show a faster pace of early voting than in 2008.

A main reason for the increase in numbers of people voting early is that Republicans, who were caught flat-footed by Obama’s strong performance in early voting in 2008, have put more emphasis on it this time around, experts said.

The parties have been sending out dueling memos in the past few days with each side claiming to have the upper hand in early voting.

As a sign of the importance the Democrats place on early voting, Obama became the first sitting president to vote early when he cast his ballot in Chicago on Thursday.

The two parties spent a lot of time in court this year battling over early voting laws in states such as Florida and Ohio as Democrats accused Republicans of trying to limit early voting to suppress the turnout of working-class and minority voters.

In the end, Ohio was ordered by the courts to allow early voting to all until the eve of the election. And while Florida cut the number of days of early voting, it agreed to extend the number of hours on each day to satisfy critics.

(Additional reporting by Jeff Mason in Chicago; Patricia Zengerle in Arlington, Virginia; Sam Youngman in Cincinnati; and Gabriel Debenedetti and Maurice Tamman in New York; Editing by Will Dunham and Lisa Shumaker) 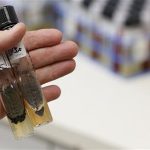 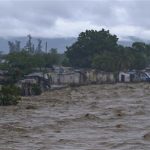 ANC rebel calls for national mine strike in S.Africa

Up to 40 percent may vote early in election; Obama ahead 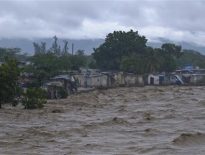 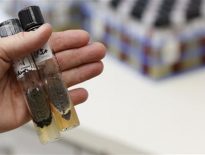