A Long Island police official will be New York City’s next police commissioner, the first woman to lead the nation’s largest police force.

Mayor-Elect Eric Adams told the New York Post on Tuesday that his choice, Nassau County Police Chief of Detectives Keechant Sewell, is a proven crime fighter with the experience and emotional intelligence to deliver both the safety New Yorkers need and the justice they deserve.

Sewell, 49, will replace Dermot Shea, who is retiring from the NYPD after 30 years, the last two as commissioner. She’ll begin when Adams takes office Jan. 1.

Sewell, a Queens native, will be just the third Black person to run the NYPD after Benjamin Ward and Lee Brown, who served in the 1980s and 1990s. She will inherit a police department in flux. The NYPD has struggled to keep crime down a few years after achieving record lows.

The rise, particularly in shootings and killings, is part of a national trend in the wake of the COVID-19 pandemic, but police officials have also blamed state reforms that eliminated pretrial detention for many charges. There is little evidence that the reforms have resulted in more crime.

Adams, the cofounder of 100 Blacks in Law Enforcement Who Care, an advocacy group that sought criminal justice reform and spoke out against police brutality, has pledged new strategies to fight crime, including the return of foot patrols.

The Post reported that Sewell impressed Adams early in his search for a police commissioner, describing her selection as a gut choice.

Sewell was named Nassau’s Chief of Detectives in September 2020 overseeing a staff of about 350 people. The NYPD has about 35,000 officers.

Chief Sewell will wake up every day laser-focused on keeping New Yorkers safe and improving our city, and I am thrilled to have her at the helm of the NYPD, Adams told the Post. 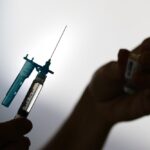 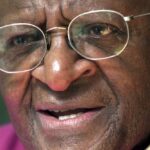 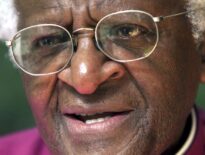 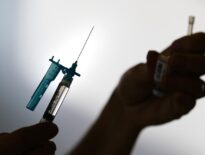