Now it was June 6, 1944. Practice became bloody reality. Heavy German fire killed about half of the 18 soldiers in Chaisson’s squad before they hit the shore, he said.

Chaisson, now 89, is among D-Day veterans who will describe that day Friday and Saturday at the National World War II Museum in New Orleans. More than 15 hours of observances are planned Friday, the invasion’s 70th anniversary.

They open with a ceremony at H-Hour — 6:30 a.m. June 6, when U.S. troops began slogging toward Utah and Omaha beaches — the allies’ names for those shorelines in Normandy.

Keith Huxen, the museum’s senior director of history and research, will discuss the invasion’s importance.

He called D-Day the crucial moment on which the Allies’ ultimate success depended.

If Nazi Germany had succeeded in pushing us back into the English Channel, there was no Plan B, he said in an interview Monday.

Other museum buildings will open from 7:30 a.m. until 8 p.m. Friday. Then the first two episodes of the HBO miniseries Band of Brothers will be shown outdoors.

Both days, uniformed re-enactors will talk about the lives of military men and women. Visitors can try on replica uniform coats and vintage helmets, and watch movies about and veterans’ videotaped accounts of D-Day.

Visitors will get rare tours on the museum’s rebuilt Higgins boat.

People will have a chance to see what it was like to be with 30 others in the 36-by-10-foot space, said Tom Czekanski, director of collections and exhibits.

Authors of books about D-Day and World War II will give presentations. They include John C. McManus, whose The Dead and Those About to Die: The Big Red One at Omaha Beach was published in April.

The Big Red One was the 1st Infantry Division, which saw about 3,000 of its 16,000 men killed, wounded or captured on D-Day. That’s where Chaisson was assigned after leaving a bank job to enlist when he was 17 — with his father’s permission, since he was underage.

McManus wrote that soldiers were upset that a bombing barrage expected to soften the way for the invasion had done almost nothing; the bombs were dropped too far inland. Chaisson, however, remembers being surprised that the sky was clear of German planes.

Our Air Force must have done a really good job, said Chaisson, who lives in Metairie, a New Orleans suburb. Had there been German aircraft I don’t know if we’d have made it because they could have strafed like mad. With their heavy packs and rifles, the troops would have been easy pickings in the waist-deep choppy water, he said.

Just jumping into the Higgins boats as they reached the top of 4- to 8-foot swells was dangerous.

The boat next to me, one fellow got his leg crushed between the boat and the ship, Chaisson said. They had to pull him back onto the liberty ship.

On the beach in Normandy, he said, training held: You reacted the way you were supposed to. You’d hit the sand, get up and run a little bit more, hide behind one of those obstacles, put a bit of the explosive under it and fuse it and go on. It was all more or less reaction. 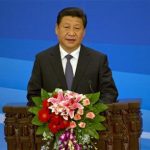 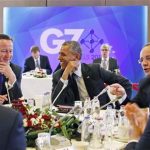 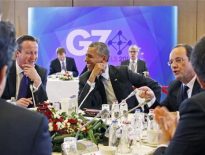 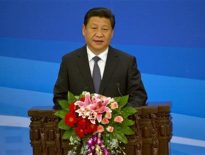