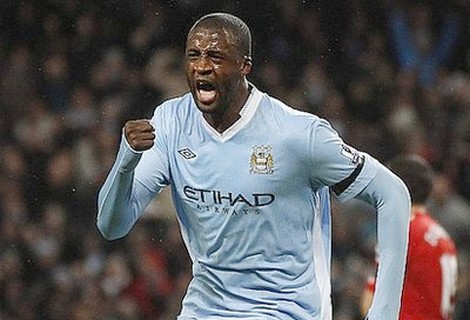 City boss Mancini had asked Zahoui if the Toure brothers could play on Sunday before joining the Ivory Coast camp.

Under Fifa rules, players can be called up two weeks before the competition, which starts on 21 January.

City and United, currently first and second in the Premier League respectively, are meeting at Etihad Stadium in the FA Cup third round on Sunday.

In his news conference on Thursday morning, Mancini revealed he had requested for the Toure brothers to delay their departure for the Africa Cup of Nations.

But Zahoui has insisted they report for a meeting in Paris on Saturday before the squad flies out to Abu Dhabi for a two-week training camp, starting on Sunday.

The Toure brothers are pivotal players for Manchester City, and both started in the 3-0 Premier League victory over Liverpool on Tuesday night.

Yaya, whose powerful drives from midfield are a feature of City’s attacking play, scored the winner in both the FA Cup semi-final andfinal last season, and has six goals in his last 13 games.

Kolo has displaced Joleon Lescott at the heart of City’s defence since returning from a six-month ban for failing a drugs test.