(AP) — Sid the Kid is sticking in Pittsburgh until he’s Sid the Old Man.

The Pittsburgh Penguins and superstar center Sidney Crosby have agreed to a 12-year contract extension Thursday that leaves little doubt Crosby has overcome the concussion-like symptoms that sidelined him for most of the last two seasons.

The deal keeps the 24-year-old Crosby in Pittsburgh through 2025 and gives the team some room to play in the free-agent market. Crosby, whose previous deal was set to expire next summer, will be paid around $8.7 million a season. Crosby will officially sign the extension on Sunday.

“We are grateful for all that Sidney Crosby has done for our franchise since coming to Pittsburgh in 2005, both on and off the ice, and we look forward to having him in a Penguins uniform for the rest of his career,” owner Mario Lemieux said in a statement.

The 2009 MVP has been limited to just 28 games in the last 18 months after sustaining a concussion in the Winter Classic against the Washington Capitals in January, 2011. Crosby finished with eight goals and 29 assists last season and added three goals in a first-round playoff loss to Philadelphia.

He stressed throughout the playoffs he had every intention of remaining in Pittsburgh, where he broke in after being the top overall pick in the 2005 draft and quickly developed into the best player in the world, becoming the youngest captain in NHL history to hoist the Stanley Cup when he led the Penguins to the title in 2009.

General manager Ray Shero said during last week’s NHL draft he expected Crosby to work with the team to give them some flexibility. Crosby opted not to take a raise over his current contract despite the prospect of the salary cap rising over the course of the next decade. The deal gives the Penguins leeway when free agency begins on July 1.

Pittsburgh is targeting at least one high-profile forward after trading Jordan Staal to Carolina last week. Crosby is good friends with New Jersey Devils forward Zach Parise and the cap room cleared by the Staal trade and the trade of defenseman Zbynek Michalek to Phoenix puts Pittsburgh around $15 million under the expected $70 million cap for the 2012-13 season.

It also gives Crosby and the Penguins peace of mind heading into the future. The team stuck by Crosby during his lengthy battle with concussions despite rumblings about his commitment as his absence stretched from weeks to months. At one point the players all donned “C”s on their practice jerseys as a sign of solidarity. The new deal means Crosby will be a part of the team’s core for the foreseeable future.

“In an era when players often move from team to team, it’s gratifying to see a young man who is so committed to one city and one franchise,” Penguins president and David Morehouse said. “He’s meant so much to the Penguins, to the growth of youth hockey in Pittsburgh, and to the NHL and the game of hockey in general. It’s a tremendous feeling to know he’ll be here through 2025.”

Crosby was the best player in the world before taking head shots in consecutive games in January 2011 that forced him to sit out the rest of the 2010-11 season and an additional 60 games last winter.

Center Evgeni Malkin blossomed in Crosby’s absence, winning the MVP and the Art Ross Trophy as the league’s leading scorer in 2011-12. While the sublimely talented Malkin gives the Penguins one of the league’s best one-two punches, there’s no issue over who will have the final say in the dressing room.

“He’s a very special player and knowing that he will be here long-term is outstanding news for our players, coaches, staff and fans,” Penguins general manager Ray Shero said. “Sidney also brings those extra dimensions as our captain, with his leadership in the room and on the ice.” 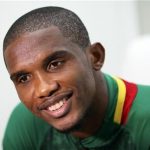 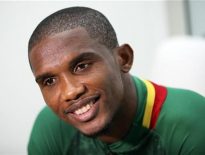