Grossman — the Redskins’ starter in 16 games, combined, in 2010 and 2011 before serving as third-string quarterback last season — agreed to a one-year deal as he enters his 11th NFL season. He dressed for only two games as Robert Griffin III and Kirk Cousins ranked first and second on the depth chart. But Washington’s coaches valued Grossman’s experience and leadership and the mentor role he accepted with the two rookie passers on the roster.

Coach Mike Shanahan said last month that he was hopeful the team would re-sign Grossman, but talks had been slow. Grossman said Wednesday that he weighed all of his options, but that few teams had the need for a backup quarterback this season. And so, he proceeded to re-sign with Washington a third consecutive offseason.

“I’m very excited to be a part of the organization still, and I’m looking forward to coming in, contributing and getting better,” Grossman said when reached by phone.

The signing that carried the most intrigue on Wednesday, however, was that of White, who in 2009 was taken 44th overall by Miami and then released in 2010. White spent his rookie season as a backup for Miami, used primarily in Wildcat formations. White as a rookie went 0-for-5 passing and rushed for 81 yards on 21 carries.

White was released following the 2010 preseason. White then spent time with theUnited Football League’s Virginia Destroyers, and then had two brief stints working out with minor league teams from the Kansas City Royals and Miami Marlins farm systems.

White suffered a concussion in the 2009 season finale, and six months ago, he joined a group of former NFL players who have filed suit against the league. In that filing, White claimed to suffer “permanent injuries” including severe headaches, speech problems and memory loss as a result of concussions. But, on Tuesday he dismissed his claim, a person familiar with the situation said, confirming a Washington Times report.

Prior to signing with Washington, White went through a full battery of tests and physical and exhibited no issues from concussions. His agent, Fletcher Smith, said White is, “in great health and excited about the NFL with the Redskins.”

Washington under Mike Shanahan has typically brought four quarterbacks to training camp, and would likely do the same this summer, especially considering that Griffin still could be recovering from knee reconstruction. Because of his mobility, White gives Washington a quarterback capable of running the same zone-read option plays that were designed for Griffin.

It’s unlikely that Washington would carry four quarterbacks into the season. In 2010, Shanahan kept three quarterbacks, but his 2011 roster featured only two. He then kept three again last season.

In a radio interview with ESPN 980, Cousins on Wednesday said that the signing of White made sense, particularly for the offseason, because the Redskins need someone to run the option and pistol-formation plays during OTAs while Griffin is still recovering. 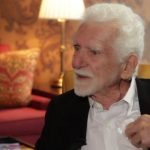 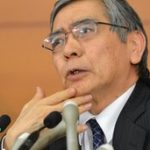 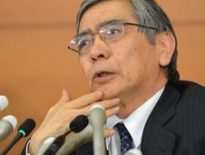 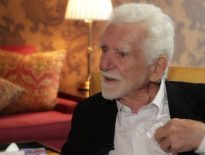