Abandoning its tradition of never pre-committing on future moves, the ECB said in July it would keep its rates at present or lower levels for an “extended period” – its first use of forward guidance.

But the move has failed to convince investors, who have pushed up money market rates in response to stronger economic data and expectations the Fed will begin unwinding its stimulus, possibly as soon as later this month.

The improving economic picture, supported by news on Monday that factories picked up activity in August, has weakened the case for an ECB rate cut when its policymakers meet on Thursday.

The ECB debated cutting rates in July but decided against and instead deployed its guidance.

“The good data end up diluting forward guidance,” said Bosomworth. “Words are cheap but not as effective as actions.”

As with the Bank of England, economic recovery has stiffened market skepticism about the ECB’s efforts. Draghi’s warning that expectations of rate hikes were “unwarranted” fell flat.

Money market rates up to one-year maturity have held steady in recent weeks and the curve is relatively flat, showing the ECB is not expected to ease monetary policy further.

Longer-term rates show rate hike expectations have been brought forward by three to six months, depending on how the shift is calculated.

New forecasts from ECB staff to be published on Thursday are unlikely to change markedly from the last projections in June, and will hence offer scant grounds for a policy shift.

A Reuters poll on Monday showed all but two of 22 euro dealers polled said the ECB will not do anything more, particularly as signs of a nascent economic recovery in the euro zone continue to emerge.

ING economist Carsten Brzeski detected no sense of urgency among ECB policymakers to make their guidance more specific – like the Fed and the Bank of England – leaving Draghi trying to talk down market rates.

“It’s a big challenge for his communication skills,” he said.

Markets are already looking past Thursday’s ECB meeting to U.S. payrolls figures on Friday. A strong jobs report will likely reinforce the view the Fed will opt to decrease its bond purchases at its September 17-18 meeting.

“They’ve got to threaten action,” he said. “If all we get is more words that higher market rates are unwarranted and no indication that they are ready to take necessary steps to bring them back down again, the reaction will likely be skeptical.”

Draghi will have a chance to test market sentiment just ahead of the policy meeting when he meets the ECB’s money market contact group (MMCG) – a mix of around 20 top traders and a handful of ECB experts – on Tuesday.

Minutes of a July meeting of a similar group, the Bond Market Contact Group, show it discussed “creating a special 3-year LTRO similar to the Bank of England’s Funding for Lending Scheme where cheaper funding would be provided to banks”.

The bank could use a similar ploy now to bolster its forward guidance. Offering an LTRO at a fixed, not variable, rate for several years would lend credibility to the guidance policy. 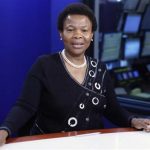 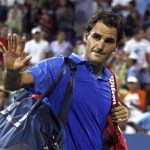 At Jackson Hole, a growing fear for Fed independence 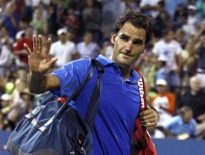 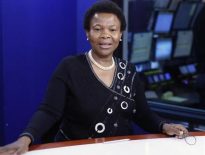