(Reuters) – Have your summer vacation all booked? Hoping to ignore your phone for a while, feeling safe in your investments and secure in the knowledge that the world’s financial authorities aren’t planning any surprises just yet?

U.S. Federal Reserve Chairman Ben Bernanke made it clear in congressional testimony this week that the central bank could very well entertain a change in policy sooner than many had predicted. That would mean providing less stimulus to the economy by cutting back on its bond buying program.

The result was an unsettling bout of volatility, with Treasury yields jumping while stocks slid, as investors feared the Fed’s support might start to recede.

And that means this could be a summer when investors may find the waves are not only on the beach.

While Fed-watchers are hard-pressed to see a turning point at the bank’s June policy meeting, there are plenty of other spots this summer when the Fed could start to prepare markets for change.

Besides the June meeting, there is a policy meeting in July and the release of minutes from both those meetings that will follow. There are three Fridays where monthly jobs data will be released, and plenty of inflation readings and other, lesser economic datapoints.

And of course, there are other potential flashpoints. Will an heir to Bernanke emerge? Will the annual monetary policy symposium in Jackson Hole, Wyoming, this August matter without Ben Bernanke?

Here’s what to watch for this summer on the Fed front.

Fed policymakers meet twice more before the September 2 Labor Day holiday this year: June 18-19 and July 30-31. In addition, the minutes of those Federal Open Market Committee meetings will be released three weeks later.

The June meeting is likely “as good a target as any” for a signal from the Fed about their future plans, said Omer Esiner, chief market analyst at Commonwealth Foreign Exchange in Washington, D.C.

The Fed doesn’t want to startle investors, because that would be disruptive. Expect plenty of flags, through meeting statements and minutes, before policymakers make any movements.

The Fed’s dual mandate means that both jobs and inflation data will be key. Labor data has been more encouraging of late, with the unemployment rate down to 7.5 percent. The Fed has said it wants to see the rate fall to 6.5 percent before it raises interest rates.

The data has been spotty enough that policymakers could want more consistency. Nonfarm payroll growth has averaged about 208,000 monthly over the past six months but has dipped below that level in some months. Chicago Fed President Charles Evans said he would like to see growth of 200,000 each month before cutting back on bond purchases, also referred to as quantitative easing.

Also far from target is inflation. The Personal Consumption Expenditures index, which is the measurement most watched by the Fed, was only at 1 percent in March. The April reading is due on May 31.

“They would be more comfortable with inflation at 2, 2.5 percent,” said Wilmer Stith, co-manager of the Wilmington Broad Market Bond Fund in Baltimore.

With inflation hardly threatening, there are few price pressures to argue for ending the flood of easy money, and the data only goes to underscore the relative weakness of the economy, Stith noted.

THE NEXT FED CHAIR?

Bernanke hasn’t officially bid adieu to the Fed, but he is clearly eyeballing the door. His second term ends in January, and there has been no official announcement about his future at the Fed.

“I don’t think that I’m the only person in the world who can manage the exit (from quantitative easing),” he said earlier this year.

WITH OR WITHOUT BEN: JACKSON HOLE

Bernanke may be opening the way for possible successors by skipping the Jackson Hole gathering later this year due to an unspecified scheduling conflict.

While Fed Vice-Chair Janet Yellen is emerging as the favorite to hold the position next, Bernanke and company have so far been quiet.

The Fed honcho’s absence could mean Jackson Hole offers little in the way of news, in which case, head to the beach and read that trashy novel you’ve been meaning to get through.

Bernanke’s absence on the schedule could open up a spot for an heir-apparent to take the spotlight instead.

If that is Yellen, “perhaps that is going to be the platform for her to gain even more recognition nationally,” Stith said.

One thing investors and traders may not have to worry about is a debt ceiling crisis in Washington. The government probably won’t breach its congressionally authorized borrowing limit until at least Labor Day.

The perfect bookend to summer, in other words. 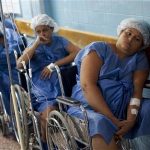 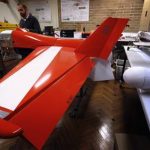 Analysis: Glazers may make a killing on Man Utd investment

How the Fed could ruin your summer holiday 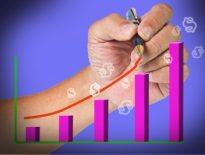 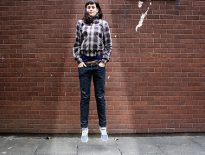 Business How To Look Good Without Breaking The Bank