December 30, 2011 — LONDON (AP) — Stock markets around the world were seeing out 2011 fairly positively Friday, but most posted big declines for the year in the wake of Europe’s debt crisis, a faltering U.S. economy and signs that China’s economy is no longer sizzling.

Markets have also been rocked by natural disasters, trading scandals, and sharp fluctuations in commodity prices, particularly in the price of oil amid the political turmoil in the Arab world. In Europe, the trading backdrop has been particularly grim, with many of the main markets posting their worst year since 2008. That’s perhaps unsurprising given that most of the financial world’s attention has centered on the debt crisis, which has already seen three relatively small countries bailed out and is threatening a much-bigger country — Italy.

Nevertheless, the last day of the year proved positive. The FTSE 100 index of leading British shares closed up 0.1 percent at 5,572.28, meaning that it ended the year 5.6 percent lower, while Germany’s DAX ended 0.9 percent higher at 5,898.35, a 14.7 percent decline over the year. And the CAC-40 in France ended 1 percent higher at 3,159.81. Despite its hefty rise Friday, it ended the year around 17 percent lower from where it started.

With policymakers failing to convince markets that they can deal with the crisis and the eurozone widely predicted to slip back into recession next year, the euro is ending 2011 just below the $1.30 mark, after falling to a 15-month low against the dollar on Thursday at $1.2857. Despite all the debt problems afflicting the eurozone, the euro has held up pretty well in 2011 — it started the year at $1.3345.

Much of the attention next year, at least in the early months, will likely center on Italy, the eurozone’s third-largest economy. Italy is the focal point of the eurozone’s struggle to deal with a crisis, caused by heavy levels of government debt in a number of the 17 countries that use the single currency. Fears of default on those debts mean that bond investors demand ever-higher interest. If a country can no longer borrow affordably to pay off bonds that are maturing, it winds up needing a bailout or defaulting.

Markets had grown fearful over the past few months over Italy’s massive debt burden of €1.9 trillion ($2.5 trillion) and Italy’s ability to continue dealing with it. Next year alone, Italy has some €330 billion ($431 billion) of debt to refinance and it will want its borrowing rates to start falling. It will start the new year with its benchmark ten-year yield standing around the 7 percent mark, a level that is considered unsustainable in the long-run and eventually forced Greece, Ireland and Portugal to seek bailouts.

There is no hiding from the fact that Italy’s benchmark ten-year bond yield is up over 2 percent on the year compared to declines in other major European economies,” said Will Hedden, sales trader at IG Index.

Wall Street traded modestly lower but U.S. stocks have performed much more solidly than their European and Asian counterparts this year, largely on the back of a strong year-end performance related to an upbeat run of U.S. economic data.

Though the performance of the U.S. economy has played second fiddle to Europe for much of the year, it has the potential for shoring up confidence in 2012 — an election year in the U.S. — if the recent positive news continues.

“Crystal ball-gazing can begin in earnest over the weekend but I am tempted to conclude — more of the same in Europe, easier policy in China, and further asset reflation in the U.S., which finally gets life back into the housing market and thereby drives optimism about the 2013 economic outlook,” said Sebastien Galy, an analyst at Societe Generale.

Asian markets have already closed out the year and most markets had a year to forget. Japan’s Nikkei 225 index, after three straight days of losses, managed to eke out a 0.4 percent rise Friday to end the year at 8,429.45. However, that was its lowest closing since 1982.

Meanwhile, China’s benchmark gained 1.2 percent to close at 2,199.42 — still, a 21 percent loss for the year as the impact of Beijing’s multibillion-dollar stimulus faded and the government tightened curbs on lending and investment to cool blistering economic growth.

Oil prices, meanwhile, were poised to close out the year below the $100 a barrel mark — benchmark crude for February delivery was down 10 cents at $99.55 a barrel in electronic trading on the New York Mercantile Exchange. 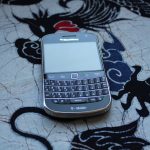 BlackBerry market share in Q2 may have hit single digits

US set to try soldier over leaks, targets Assange

Actors shine in Venice film based on Scientology

In California, Obama and Xi seek to build new ties

Markets in Europe, Asia end 2011 down but US up